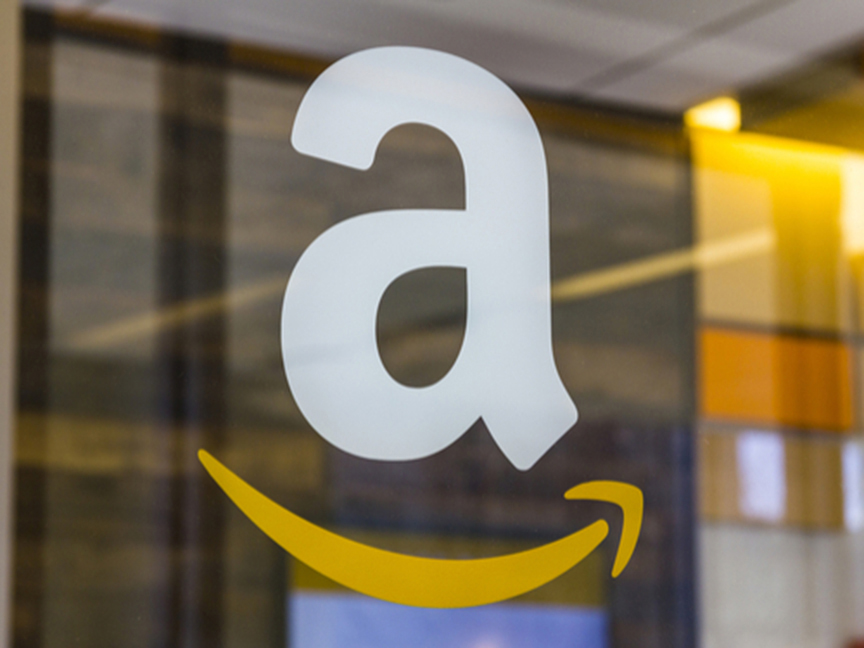 The $800 billion grocery industry is keeping a sharp eye on a strip mall in the Woodland Hills neighborhood of Los Angeles. There, sandwiched between a nail salon and a bank branch, Amazon.com Inc. is working on the first in a new chain of grocery stores set to open this year.

The company has kept construction inside the store firmly under wraps, and, until now, no one has peeked in on Amazon’s latest plan to upend how food is sold. Based on never-before-seen photos of the facility at 6245 Topanga Canyon Blvd., as well as planning documents filed with the city, the store looks remarkably conventional — with a few Amazon-style flourishes.

Numbered aisles await staples like rice, beans, pasta and canned vegetables; waist-high coolers sit between some shelves. In the back of the 33,000-square-foot space, which is about average size for a supermarket, a meat and seafood counter sits in one corner. In the other, there’s an area called “Fresh Kitchen” for prepared foods and soups. The new chain makes it possible for Amazon to stock and sell the high-volume products that the purists at Whole Foods won’t touch — things like Coca-Cola, Smucker’s jam and Tide detergent.

At the center of the store, long aisles of conventional-looking shelves appear to carry the digital tags that the company uses in its Amazon Books and 4-Star stores, which let the retailer quickly circulate inventory and change prices. But Amazon has said the new supermarket will not be equipped with the cashierless system from its Go convenience stores.

There is at least one quintessentially Amazonian touch, and a sign that the company may try to use the chain to stitch together physical and digital shopping. Near the entrance, underneath a bright orange wall and Amazon smile logo, is a window for order pickup and customer returns.

Plans show a staging area behind the window with what appears to be shelving, potentially for order pickups from both customers and delivery service providers, who will shuttle orders to people’s homes. A television display and whiteboard sit alongside the return counter, likely to help orchestrate the chaos of deliveries into and out of the store.

“I don’t think they’re going to reinvent how food is sold,” said Neil Stern, a partner with McMillanDoolittle, a retail consulting firm. “That may be just a giant fake for everybody, but the plans look pretty stunningly conventional.”

Analysts say some grocery chains’ online ordering and pickup applications are cumbersome or buggy, and Amazon could stand out by simplifying that experience. The New York Times reported last year that Amazon had contemplated “mixed format shopping,” whereby shoppers browsing the aisles for fresh food would use a smartphone app to order nonperishable products that would be brought from another area of the store in time for checkout. Amazon has said little about the new chain and hasn’t confirmed a Wall Street Journal report that it plans to open dozens of the stores. The company declined to comment.

Amazon struck fear into traditional grocers with its splashy $13.7 billion purchase of Whole Foods Market in 2017 and has cultivated an image of a disruptor, building dozens of cashierless convenience stores and developing technology to enable payment with the palm of a hand. But the e-commerce giant has yet to make much headway in the fiercely contested U.S. grocery industry.

It has expanded its chain of Amazon Go stores to 25 locations in major U.S. cities and will soon open a larger, 10,000-square-foot version in Seattle, where Amazon employees have been test-shopping. A similarly sized store, with signage bearing the name “Go Grocery,” is planned for the U.S. capital, according to blueprints filed with the city. But so far, the Go stores haven’t been the sensation some analysts expected when Amazon revealed the concept.

There’s also an element of irony in Amazon’s grocery real estate footprint. The Woodland Hills store used to be a Toys “R” Us, a former partner, and then fierce rival, for Amazon before the chain slid into bankruptcy.

Other sites Amazon is said to have leased in the Los Angeles area suggest a preference for repurposing existing storefronts, rather than building new ones, according to two sources familiar with the deals. The company has leased a former Ralph’s supermarket in the Los Angeles neighborhood of Encino. In Irvine, Amazon is renovating a former Babies “R” Us and last month applied for a liquor license for the space under the name “Amazon Fresh,” the same name as the company’s grocery delivery service.

And in Thousand Oaks, Amazon has locked up space formerly occupied by a boutique grocer founded by Paige Laurie, a grandniece of Walmart Inc. founder Sam Walton, according to a person familiar with the situation.

The company has also sought space for stores in the Seattle area.

Analysts closely following the plans note that the use of existing facilities, with their crowded parking lots and two-lane driveways, will leave Amazon little room to experiment with things like curbside pickup of groceries that have been pre-ordered online.

“Maybe their biggest innovation is not going to be some physical feature as much as it’s going to be a pricing perception strategy,” said Kevin Kelley of Shook Kelley, a strategy and design firm that works with grocery stores. “If we head into a recession, they will be primed to discount products and build a connection.”