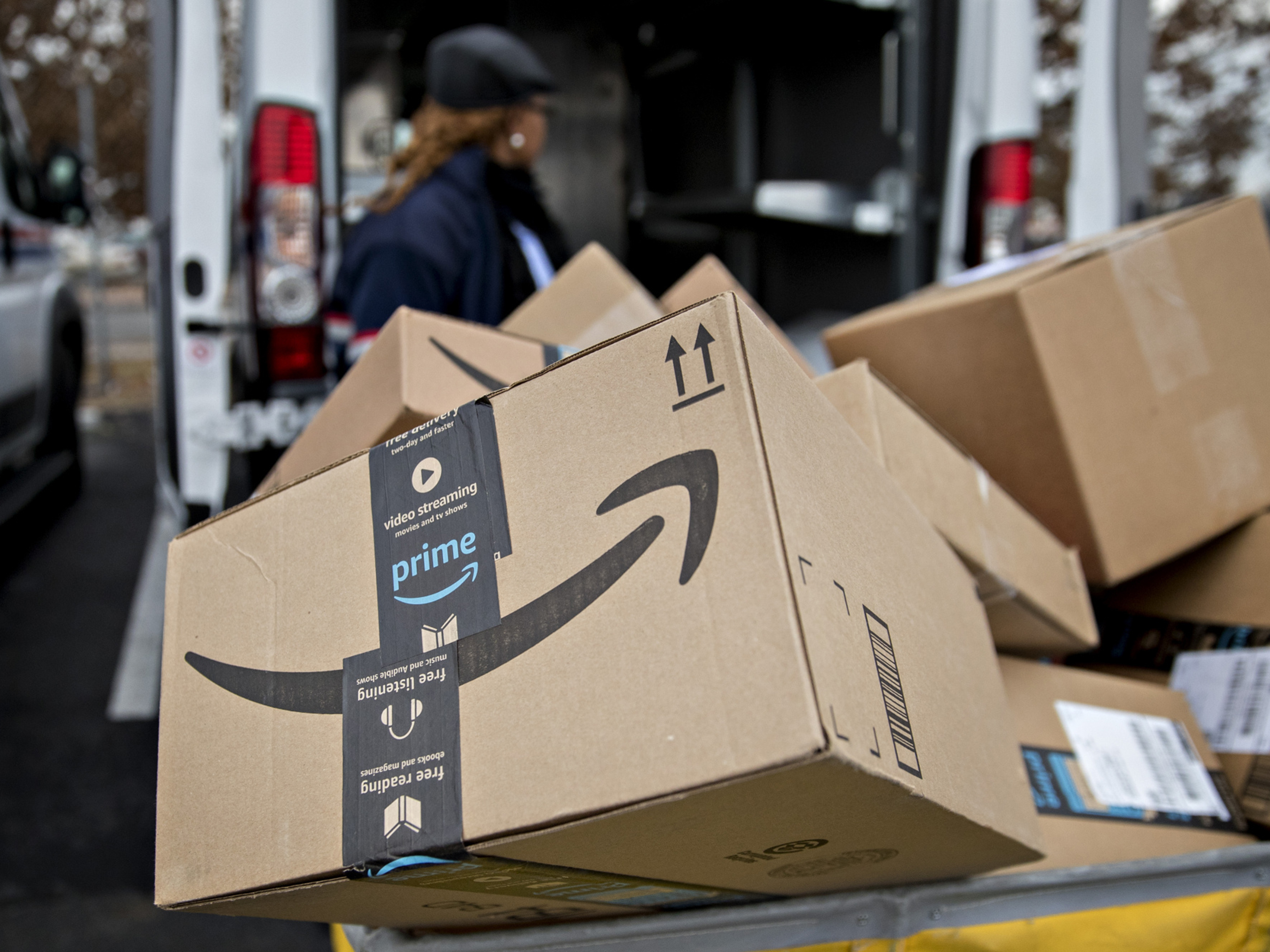 As Amazon.com Inc. works to speed orders to customer doorsteps before Christmas, the e-commerce giant is touting an accomplishment that would have seemed absurd just a few years ago: Amazon is now its own biggest carrier.

In the U.S., delivery contractors and on-demand workers now account for a majority of deliveries to customers, an Amazon spokeswoman said. Globally, “approximately half” of Amazon deliveries are completed by Amazon Logistics, the network the company built in recent years to handle a surge in deliveries that United Parcel Service Inc., FedEx Corp. and the U.S. Postal Service were unprepared to handle.

In a press release last week touting the scale of Amazon’s network, Dave Clark, the increasingly influential executive who oversees Amazon’s logistics organization, said Amazon was on pace to deliver 3.5 billion of its own packages to customers this year. That exceeded some analyst estimates. Morgan Stanley earlier this month estimated that Amazon shipped some 2.5 billion of its own packages a year.

Amazon has stocked its warehouses for decades, but once relied exclusively on the likes of UPS and FedEx to take packages from those facilities to a customer’s doorstep — the so-called last mile. The Seattle company began to expand its capacity to move packages on its own following a disastrous 2013 holiday season, when rough weather and logistical bottlenecks led to missed deliveries and angry shoppers.

Clark says Amazon now contracts with more than 800 delivery service partners, who employ a combined 75,000 drivers in the U.S. They take packages from some 150 delivery stations located in major U.S. metropolitan areas.

That buildout has been marred by controversy, including reports of deaths and injuries as contract drivers speed through neighborhoods around the country.