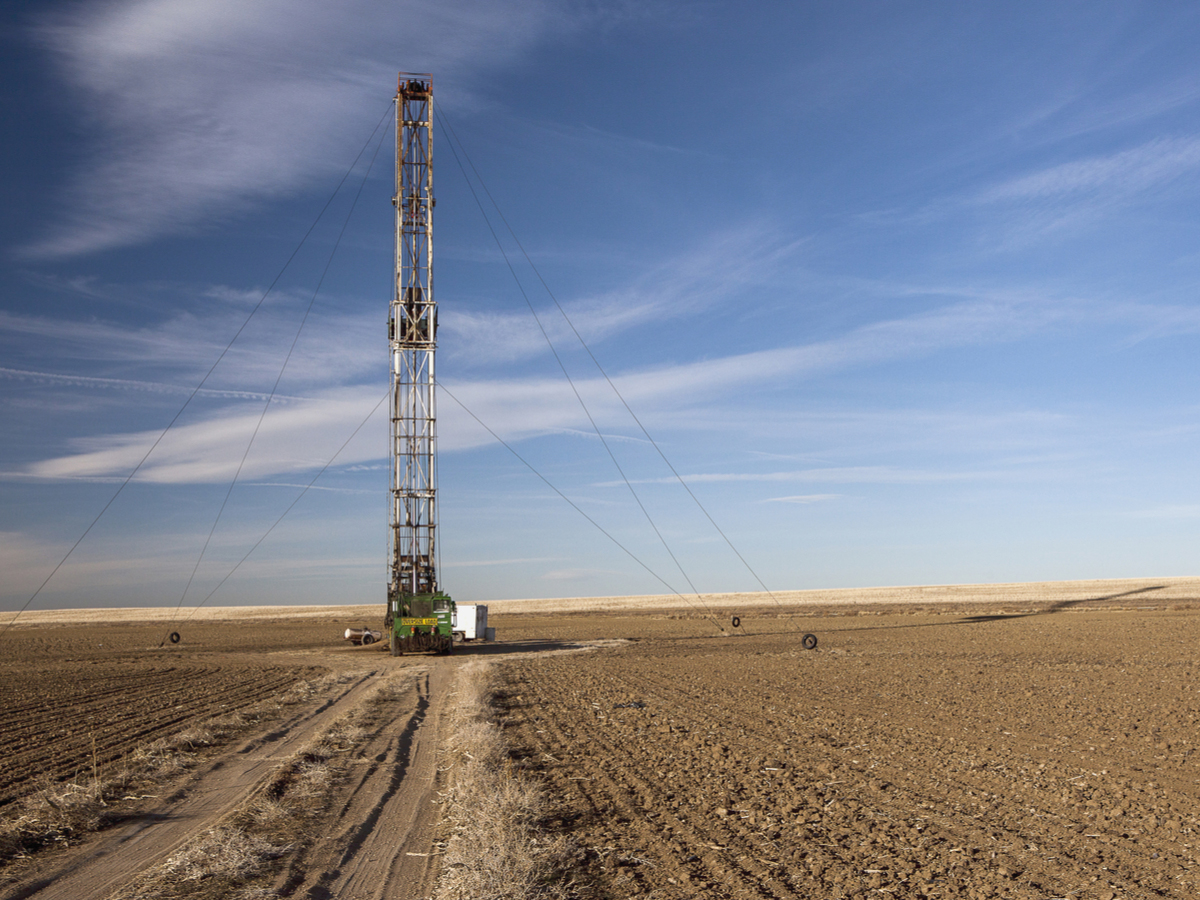 One chilly day in October, President Donald Trump boarded Air Force One and flew to Pennsylvania to hail one of the state’s most important industries — not coal, but natural gas.

Trump spoke at an industry event of the “astonishing increase” in shale gas production. The Appalachian region has spearheaded a historic expansion, turning the U.S. into the world’s biggest producer while slashing prices for consumers and sounding the death-knell for domestic coal.

But the dark side of the boom is increasingly difficult to ignore. Shale drillers are extracting so much gas that it’s overwhelming demand.

Prices briefly dipped below $2 per million British thermal unit on Friday for the first time since 2016. At that level, U.S. producers simply don’t make money. It’s forcing a wave of multibillion-dollar writedowns, layoffs and spending cuts. Still, the industry is powerless to stop a wave of additional gas hitting the market as a byproduct of rising shale oil output in places like the Permian Basin of West Texas and New Mexico. Even exports of liquefied natural gas provide little relief, as the international market is also oversupplied.

Gas prices have been in the doldrums for a while. The Henry Hub benchmark, named after a key Louisiana pipeline facility, has dropped for three years straight. This winter is proving to be unusually warm and inventory levels are above their seasonal average. Futures prices show traders aren’t expecting gas prices to rise above $2.60 even in the coldest months, when demand typically peaks.

According to McDermott, U.S. producers need gas to be at least $2.50 in order to generate free cash flow. “In the near-term, we don’t think it’s realistic to see a $2.50 price,” he said.

Evidence of corporate distress is mounting. Chesapeake Energy Corp., once in the vanguard of U.S. frackers, is unprofitable and struggling with more than $9 billion of debt. It warned in November it may go bust. EQT Corp., the largest domestic gas producer, said last week it will take an impairment of up to $1.8 billion for the fourth quarter, due in part to low prices.

Even the global energy giants aren’t immune. Chevron Corp. said last month it expects a writedown of more than $11 billion, more that half of that attributable to its Appalachian gas assets.

Producers including Cabot Oil & Gas Corp. and Range Resources Corp. are responding by taking an ax to capital expenditure. But that’s not going to put much of a dent in U.S. output. Production of “dry gas,” which excludes hydrocarbon liquids, is forecast to rise by 3% to 95 billion cubic feet a day this year, yet another record, the U.S. Energy Information Administration said last week.

An unfortunate reality for gas producers is that their oil counterparts in crude plays like the Permian keep spewing more gas from their wells — and they don’t even want it. Unlike in the Marcellus Shale in Appalachia, where it’s the main prize, gas is often regarded as an annoying byproduct of Permian oil. A lack of pipelines can force gas prices there to occasionally go negative — that is, producers have to pay others to take the fuel. They’re increasingly resorting to burning it off, a process known as flaring.

The unwelcome attention attracted by flaring isn’t helping gas’s environmental credentials, either. Despite being touted as greener “bridge” fuel that enables utilities to lower their emissions en route to a carbon-free future, gas is coming under attack in some parts of the U.S. from lawmakers seeking to ban all fossil fuels.

One outlet for excess supply has been the nascent U.S. liquefied natural gas export sector. Since the first cargo of the super-chilled fuel — “freedom gas,” as the Trump administration would have it — set sail four years ago, the country has leaped into the front ranks of global suppliers.

But even that success story appears to have stalled. China has imposed tariffs on U.S. LNG, effectively cutting off a major market. Despite last week’s phase one trade deal, in which China agreed to buy an additional $52.4 billion of U.S. energy products including LNG, it remains unclear if the tariffs will be scrapped. Meanwhile, international LNG prices have tanked, and there are questions whether the global market can take all the supply that’s available.

“We just don’t believe we can sustain reduced LNG exports later this summer,” said Clifton White, a commodity strategist for Bank of America Corp. in Houston. “That would force the market to price low enough to find incremental domestic power sector demand.”

All that pain will almost certainly be reflected in production numbers at some point. The EIA forecasts U.S. dry gas production will drop by 600 million cubic feet next year, the first annual decline since 2016, as low prices finally rein in drilling in the Appalachia. That, combined with the potential removal of tariffs, could finally provide the kind of positive catalyst U.S. producers are desperately seeking.

“Many U.S. LNG exporters likely are hoping, if not praying, that China will import more U.S. gas in the wake of the first phase trade agreement,” said Rich Redash, a gas analyst at S&P Global Platts.

In the meantime, some investors are willing to look past the current challenges. Dallas Cowboys owner Jerry Jones has been on the hunt for more U.S. gas assets. Two of the largest deals in the industry in the last year have seen foreign buyers — Japan’s Osaka Gas Co. and Thailand’s Banpu Pcl — swoop in to make acquisitions.

Those deals offer a bull case: Strong global gas demand, in large part from Asia, means the U.S. remains a good long-term bet. Still, Banpu doesn’t plan on drilling its new reserves in the Barnett Shale of North Texas until gas prices rise to about $3.50.

“I’m pretty confident that within five years, that will happen,” Chris Kalnin, CEO of BKV Oil & Gas Capital Partners, the investment vehicle for Banpu, said in an interview last month. “Anything before that is anyone’s guess.”