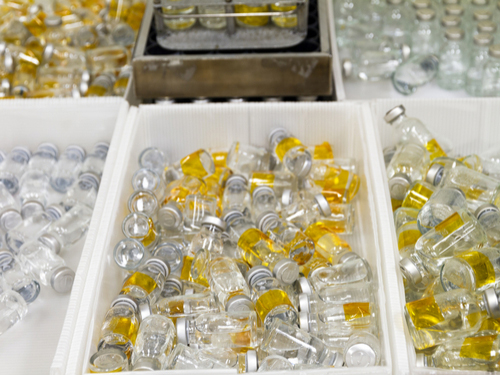 The trade standoff between the U.S. and China has yet to seriously impact the pharmaceutical and life sciences industries. But as neither side shows signs of backing down, and tariffs continue to be levied on virtually every segment, those sectors are preparing for a major supply-chain disruption.

The most recent round, in which a new tranche of tariffs on an additional $300 billion in Chinese imports is threatened, will include nearly all products from China not currently subject to tariffs. There are likely to still be a few exclusions, including pharmaceuticals, pharmaceutical inputs, and some medical goods.

While retail and consumer electronics will feel the impact most immediately, the pharma industry’s reprieve might well be short-lived. Analysts are concerned that pharmaceuticals might ultimately fall into the tariff trap, especially given that many products that were originally excluded are now covered under new tariffs. China has several ways it can retaliate — most recently by devaluing the yuan — and has threatened to restrict access to rare earth elements, which are often used in electronics and come primarily from China. China might also choose to retaliate, if pushed to do so, by leveraging its position in American pharma.

The U.S. Department of Defense has already noted that this risk “cannot be overstated,” and could pose a threat to the health of military personnel. It might be possible in the long term to re-source those ingredients, but doing so presents logistical challenges, would require lengthy negotiations with unproven sources and additional layers of compliance and testing, and would almost certainly cause a years-long drug shortage throughout the entire U.S. healthcare system.

While that hasn’t happened yet, the government, military and pharmaceutical industry have all acknowledged the extreme risk involved. Pharma must prepare.

Rumblings from Beijing have begun, and some Chinese economists have already suggested that curbing exports of raw materials for vitamins and antibiotics would make a very effective countermeasure in the trade war with the U.S. At the same time, China is opening the door to a new Asia-Pacific free-trade zone (the Regional Comprehensive Economic Partnership) to pick up the slack from falling U.S. exports, which would include the ten ASEAN countries plus Australia, China, India, Japan, New Zealand and South Korea. Such a deal would be especially useful in opening up the India-China trade for pharmaceuticals and APIs.

As with any type of manufacturing, pharm production involves a far-reaching supply chain with multiple partners. That includes providers of APIs, which are often in China, as well as outsourced manufacturing partners, often in India. Regardless of location, the natural tendency of supply-chain and procurement professionals is one of resistance to change. And when regulations and compliance oversight comes into play, changing any point in the supply chain can be both time-consuming and logistically challenging. A protracted trade war could give India a greater opportunity to extend its influence and fill the gap that would be created if U.S. companies were to cut China out of the supply chain. Indian companies are almost surely looking at an opportunity to fill the void.

One potential interim solution would be to follow a path of “tariff engineering,” with the most immediate option being a move to India as an alternative supplier of APIs. However, doing so would yield limited benefits. India still depends on China for most of its APIs, and a move to India would simply make that country into an intermediary, raising the price of drugs sold in the U.S.

A “right-first-time” approach to pharmaceuticals manufacturing is essential to product safety. It involves ensuring optimal supply chain performance, and guaranteeing that outsourced manufacturing, as well as raw ingredients, meet rigorous standards. India has not yet quite measured up to China in terms of product safety, and in 2017, China joined an international body to determine quality specifications for the U.S., Europe and Japan.

Repercussions could range from higher prices to shortages and new challenges in the compliance pipeline, as pharmaceuticals manufacturers are forced to look to new suppliers. Three critical steps to take in preparation include:

A prolonged trade war could cause lasting disruption to pharmaceutical manufacturing supply chains, severe shortages of life-saving treatments, and rising consumer prices. Pharmaceutical companies must take action now to ensure they are prepared.

Bill Connell is a principal at Tunnell Consulting.