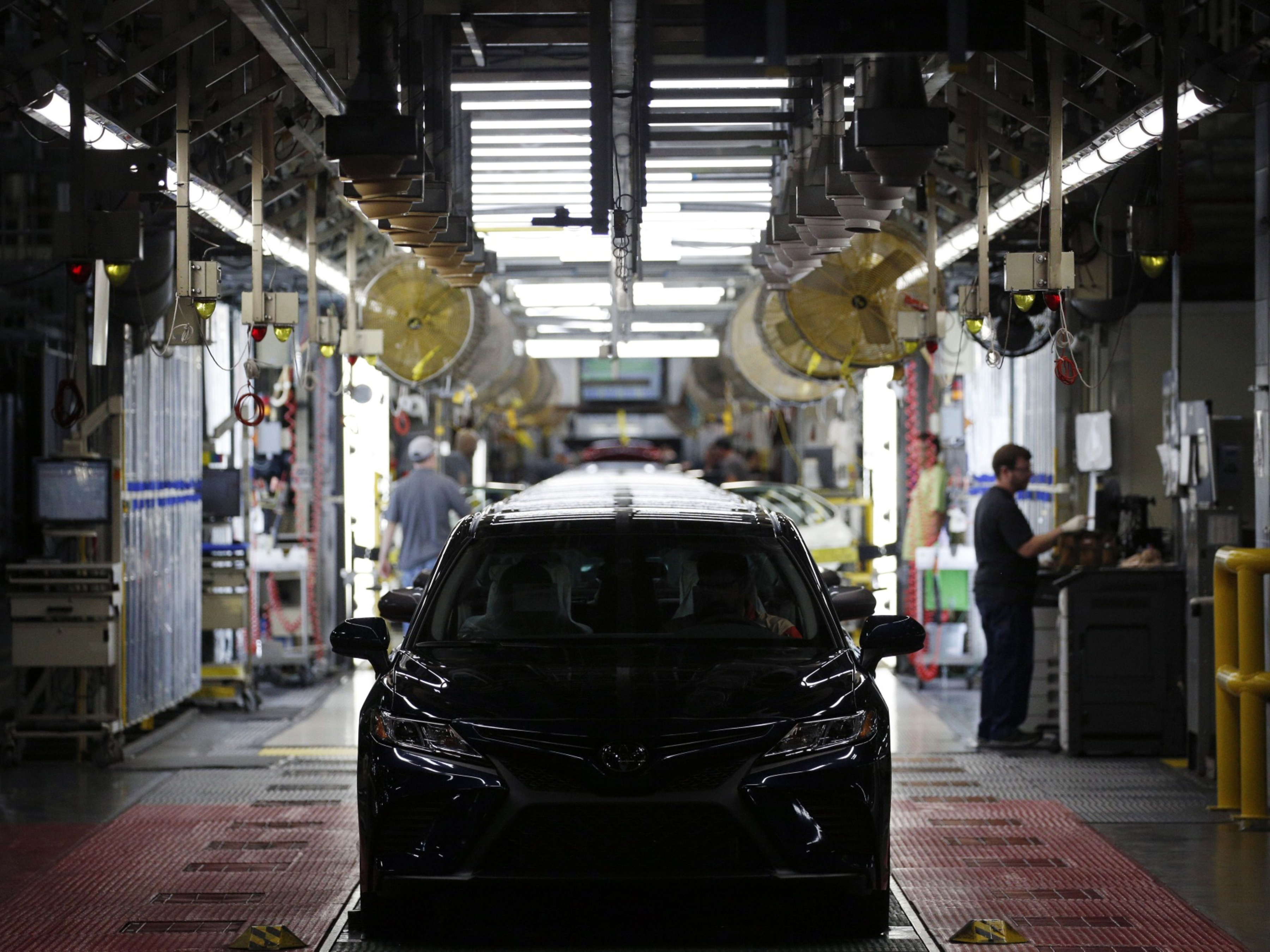 Less than a month into the health crisis that began in China, supply chain disruptions are showing up around the world, from automakers to mobile-phone producers to energy companies.

As the human toll from the novel coronavirus continues to rise, with more than 31,000 infected and hundreds dead, the impact on global industry is spreading as well.

Toyota Motor Corp. and Honda Motor Co. extended shutdowns at their China plants beyond the Lunar New Year holiday, while iPhone maker Foxconn warned employees away from its facility in Shenzhen, a technology hub that is more than 1,000 kilometers (620 miles) away from the outbreak epicenter of Wuhan. And in a drama that’s riveting commodity markets, two of Europe’s biggest energy companies rejected a Chinese force majeure on liquefied natural gas contracts.

“If the crisis extends, some companies may consider momentarily moving their production plants outside China,” Ipek Ozkardeskaya, a senior market analyst at Swissquote Bank, said in a note. “Measures like this will likely have an impact on prices worldwide and weigh on company profits.”

Automakers are particularly vulnerable to the disruptions. The now-locked-down province of Hubei is China’s fourth-largest car manufacturing hub. The factory shutdowns compound a drop in sales in the country’s auto market, the world’s largest: Even before the outbreak, sales were headed for an unprecedented third straight annual decline.

“A number of component suppliers in Wuhan and Hubei Province have already made it clear to their customers that they will be unable to deliver parts because of controls, plants closures and other knock-on effects related to the outbreak,” researcher LMC Automotive said in a report.

Ripples are spreading beyond China’s borders. South Korea’s Hyundai Motor Co. on Tuesday became the first global carmaker to halt production outside China because of component shortages caused by the virus. And on Thursday, Fiat Chrysler Automobiles NV said it may have to temporarily close a European plant in two to four weeks if the situation worsens.

Shockwaves are reaching the heart of the China technology capital. Hon Hai Precision Industry Co., the maker of iPhones known as Foxconn, told employees at its Shenzhen facility not to return to work when the extended Lunar New Year break ends Feb. 10, according to a memo obtained by Bloomberg News. The moratorium represents an extreme effort by Apple Inc.’s most important partner to curb the spread of the coronavirus.

Foxconn’s main iPhone-making base is further north in Zhengzhou but coastal Shenzhen serves as its Chinese headquarters and the majority of the tens of thousands employed there are out-of-towners. The company also assembles a small portion of iPhones there.

Hon Hai slashed its 2020 outlook this week, anticipating disruptions to Apple’s carefully calibrated production chain as well as weaker consumer demand and overall economic growth. As China’s largest private employer and a key partner to many of the world’s most recognizable consumer brands, Foxconn has become a high-profile symbol of how the outbreak could disrupt Chinese manufacturing and hence the world’s supply of made-in-China electronics.

A dispute among energy producers has also erupted as a result of the turmoil. China National Offshore Oil Corp. sought to walk away from contracts to purchase liquefied natural gas on the grounds that the virus constrained its ability to take delivery — a contention that Royal Dutch Shell Plc and Total SA rejected, according to people with knowledge of the matter.

While CNOOC is still likely to cancel delivery of the prompt cargoes, suppliers will probably seek compensation from the Chinese firm, said the people, who asked not to be identified because the matter is private.

With large swathes of China on a virtual quarantine and travel heavily restricted, thousands of stores and shopping malls have shut down across the country.

On Friday, British fashion house Burberry Group Plc and Canada Goose Holdings Inc. joined an increasing number of global brands that have warned about the financial hit they’ll take from the closings. The most exposed are fashion and luxury-goods companies that have become increasingly reliant on affluent Chinese consumers — at home and while traveling — for growth.

If the outbreak lasts, it may also disrupt clothing manufacturing outside China. At a meeting with analysts this week, British retailer Next Plc said the biggest risk the coronavirus posed to the fashion industry was if supplies of woven fabric to countries such as Bangladesh, a significant hub for clothing manufacturing, were interrupted.

“If the coronavirus spreads to Bangladesh or woven fabric cannot be shipped from China then every retailer has a big problem as a fairly sizable proportion of clothes are now manufactured in South East Asia and the Indian subcontinent,” said Greg Lawless, an analyst at Shore Capital.

Even farther from the epicenter, there are more signs that the virus is disrupting business. Ericsson AB withdrew from the telecommunications industry’s biggest annual event, the MWC Barcelona, to protect its staff and visitors. The event, due to be held on Feb. 24 to Feb. 27, typically serves as a networking hub for suppliers and their customers. Ericsson’s absence will leave a gap bigger than an American football field in the exhibition halls, based on the floor plan issued by the organizers.