After rebounding to pre-pandemic levels in 2021, air traffic in China has sunk back down to 35% of what it was in 2019 as officials continue to impose restrictions on travel as part of their fraught battle with COVID.

Flight activity has dropped sharply in the past two months, coinciding with a rise in infections and as authorities turn to more targeted measures instead of broad steps like citywide lockdowns. Beijing is still urging residents not to leave, while Shanghai has imposed restrictions on people entering the city. Localized lockdowns have effectively shuttered places such as Chongqing and Zhengzhou. Protests erupted in several cities over the weekend of November 26, with some demonstrators calling for President Xi Jinping to step down.

“This could only get worse because of the strict pandemic curbs they have enforced, at least in the short-term and into the new year,” he said. “We are in the winter period when COVID cases should spike again.” 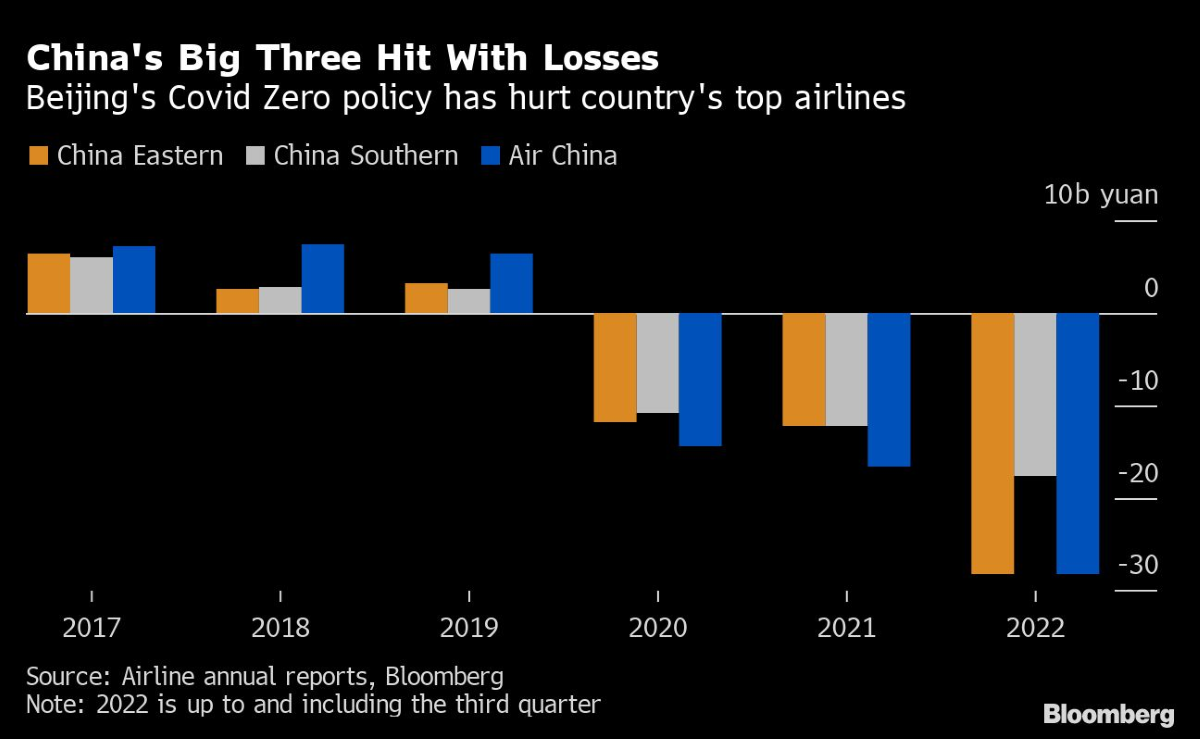 China used to be the world’s busiest domestic aviation market, handling about 14,000 flights a day. That number had dropped to about 2,800 on November 28, according to Chinese aviation data provider VariFlight.

Transport in general is in the doldrums. Subway usage in Chongqing, which is experiencing one of the country’s most significant Covid outbreaks, plunged as much as 91% on some days in November.

Ongoing restrictions are a blow to Chinese carriers, including the “Big Three” of China Southern Airlines Co., China Eastern Airlines Corp. and Air China Ltd., which lost a combined 152 billion yuan ($21 billion) since the start of 2020 to the end of the third quarter of 2022.

Their prospects looked brighter in early November, when the government said travel restrictions for incoming travelers including mandatory quarantine would be eased. A rule that penalized airlines for bringing in a certain number of infected passengers was also scrapped.

While still way behind the rest of the world in living with the virus, the shift suggested China was cognizant of the need to make its COVID Zero policy less isolationist. Shares of Chinese airlines and other tourism and travel-related companies jumped immediately after the policy easing was announced. Those gains are now gone.

The rise in COVID infections and subsequent maintaining of restrictions have deflated enthusiasm and ability to travel. Major airports across the country are seeing a high rate of cancellations. 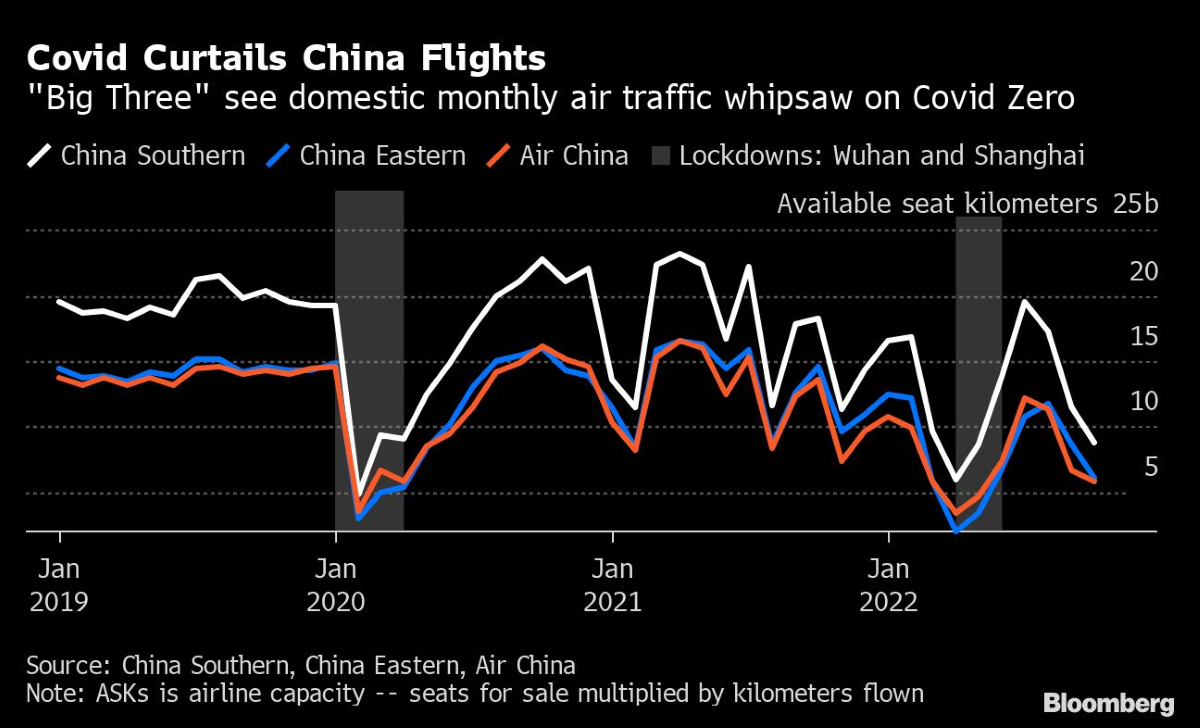 “Restrictions are really putting a dent in corporate travel, and it is becoming too troublesome,” he said. “A lot of flights are being canceled now in November and the outlook for December is not looking good. The main driver here is lack of traffic, the airlines are pulling back.”