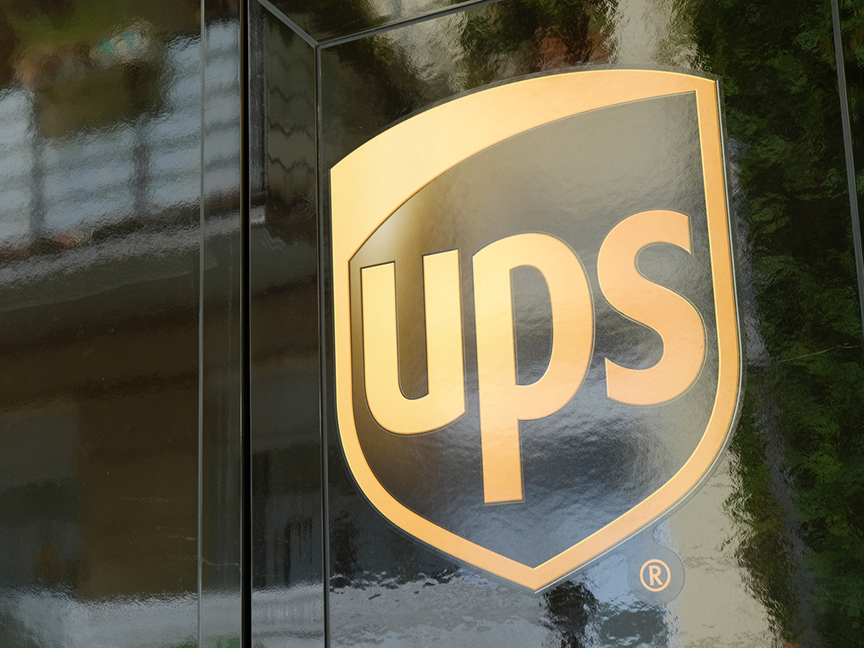 After a worker fell from a loading dock and broke his hip, pelvis, wrist, and elbow last December at a United Parcel Service branch in Manchester, N.H., company managers placed the injured employee on a package cart and rolled him to the parking lot where he was then taken to a hospital, according to a government report.

The Occupational Safety and Health Administration, contacted by UPS a day after the accident, alleged in a review of the incident UPS failed to maintain a safe workplace, and criticized the company in a narrative of the accident for “failing to call emergency services.” The report went on to state that moving the worker, who had “visibly broken bones,” endangered his life.

The reluctance managers showed to call for medical attention is not unusual, according to interviews with workers and dozens of lawsuits reviewed by Bloomberg Law. Workers also accuse management of retaliating against those who do report accidents, creating a “culture of fear,” according to an Ohio warehouse worker. UPS denies the accusations.

UPS, which employs 399,000 workers and moves 3 million packages each day, staunchly defends its safety record, saying it abides by all reporting requirements and denies any accusations that it discourages reporting of injuries in any way.

In March, Bloomberg Law published a story that looked at the company’s documented violations for blocking workplace exits. After the story ran, more than a dozen workers called, texted, or emailed tips and recordings about workplace incidents they believe were dangerous or where managers told them if they were injured on the job, they’d be fired. Their comments revealed a pattern: Accidents on the job were not being reported and workers say they were threatened by management to keep quiet.

Matthew O’Connor, a spokesman for UPS, told Bloomberg Law in an August email, “if an employee has concerns, UPS provides several ways for them to report their concerns in confidence so that we can take appropriate action. We never want our employees to risk their health or work in an unsafe manner.”

A search of lawsuits filed in the past five years* revealed more than 40 open federal and state cases alleging managers discouraged the filing of injury reports. A search of UPS’s biggest commercial competitors, FedEx and DHL, did not turn up any similar claims.

In a California Superior Court lawsuit filed in February, Shaun Medina, a former UPS sorter and unloader, outlines a company process that deals with injured workers: deny care and threaten discipline or termination.

Medina says, according to the complaint, he injured his shoulder while unloading 80-pound-plus packages for hours from a truck in January 2017 and went to a safety supervisor to file an incident report. His supervisor did not want to document Medina’s injury, according to the suit, and instead told him to drink tea and return to work “since it was costly on UPS to do anything else for him.”

After a month of asking to see a doctor, the company authorized Medina to visit a provider, where he received a 20-pound lift restriction.

Medina’s lawsuit claims managers ignored the doctor’s note, made him work with the injury, then threatened his employment. His attorney, Anthony Nguyen, a partner at Shegerian & Associates employment law firm, told Bloomberg Law, “these are hard-working employees who are put in situations outside of their control. And as opposed to being accommodated for their injuries, they are subject to this treatment and they’re retaliated against.”

UPS contracts with health-care providers that are situated near warehouses, according to the company. Under the collective bargaining agreement between the International Brotherhood of Teamsters labor union and UPS, the company has the right to select the medical provider that examines injured employees.

The bargaining agreement also mandates the creation of management-worker Safety and Health Committees to resolve safety issues. However, some workers allege the committees are superficial and do not provide remedies for workers injured on the job. Some union locals have pulled out of the safety committees altogether. They include a portion of Local 413 in Columbus, Ohio, Local 177 in New Jersey and Local 804 in New York, according to workers.

In its April answer to Medina’s complaint, UPS asserts 44 affirmative defenses including “managerial privilege” and “legitimate business reasons for employment decisions,” among others, requesting the case be dismissed. UPS spokesman O’Connor says the company disagrees with the allegations made by Medina “and will vigorously defend the company.”

Michael Duff, a workers’ compensation professor at the University of Wyoming, while not speaking about UPS specifically, said companies sometimes try to avoid costly claims.

“It’s a repetitive expense. It’s a major cost of doing business because of the magnitude of the insurance payment,” he said. “Then there’s the obvious part — that your premium is experience-rated, right? The more injuries you have, the higher your premium goes.”

As to retaliation for filing claims generally, Duff said it is “as old as the workers compensation system itself.”

A Los Angeles UPS worker, Richard Galvan, filed a lawsuit in March in California Superior Court against the company, claiming assault, battery, and wrongful termination among other allegations, after he sustained a back injury at work when he slipped and fell while getting out of a tractor trailer.

Galvan, who worked at UPS for 30 years, alleges his role as a union steward advocating for safety, as well as his complaints alleging an unsafe work environment, contributed to the treatment he received. UPS refused to accept his injury report even though the incident occurred in front of a manager, the complaint states. “The manager failed to follow up on Galvan’s injuries or inform him of his rights to medical leave.”

The case also highlights a physical altercation that occurred on company premises between Galvan and a supervisor, which resulted in Galvan sustaining an injured wrist. That case is ongoing.

In court documents, UPS asserts 50 affirmative defenses, including that any contact between Galvan and his supervisor “was not offensive,” and that “all actions taken with respect to Plaintiff’s employment were undertaken and exercised with proper managerial discretion in good faith, and for proper and lawful reasons.”

Another UPS worker in Oregon, while at work, complained to his manager that he was suffering from low blood sugar.

“His supervisor did not seek medical help, but, rather, placed Plaintiff alone in a room unattended, where Plaintiff suffered a seizure and lost consciousness,” the complaint states. “Defendant refuses to permit Plaintiff to bring into the workplace a Glucagon emergency kit and has retaliated against Plaintiff by cutting his hours.” The case was settled in August, according to court documents.

In a written statement, UPS contradicted the worker’s claims and said it provided “immediate support when he experienced a health-related issue, and then worked closely with him to create a full-time position that accommodates his health requirements and meets the needs of the business.”

The exponential growth of Amazon.com and other e-commerce companies over the past decade has put considerable strain on the big package delivery firms, which have seen revenue rise as more and more Americans buy practically everything they need online. And Amazon itself is becoming a direct competitor.

“Amazon does many things UPS does not, but one of Amazon’s activities that competes with UPS is package delivery,” said David Michaels, former assistant secretary of labor for occupational safety and health, and a professor at George Washington University. “Amazon uses contractors and gig economy workers, and of course these workers have much fewer protections. This puts pressure on UPS, which then pressures its workers, because the workers at Amazon are paid less and pushed by algorithm to work more quickly.”

According to Bloomberg data, Amazon is UPS’s biggest customer, and the delivery company estimates a 40 percent growth of domestic deliveries into 2022, according to company documents and Bloomberg data.

Concurrently, analysts say the increasing competition between UPS and other delivery companies is putting an inevitable strain on its workforce. Swiss multinational investment bank UBS has cited the “meaningful long-term risk” that Amazon poses to UPS as the e-commerce firm builds out its own delivery network. Earlier this year, Amazon promised single-day delivery for its Prime customers.

Lance Compa, a labor law lecturer at Cornell University’s Industrial and Labor Relations School, said discouragement from injury reporting can be found in other sectors, like meatpacking in the beef, poultry and pork industries.

Compa added that, “a common practice in the shipping industry, management will often ask workers to go home after a muscle injury occurs. That kind of thing goes on all the time. Then it’s up to the employee to file the claim,” he said, which often does not happen because employees fear retaliation.

Finding a written policy that instructs managers and supervisors to discourage injury reporting — or retaliate if such injuries are reported — is unlikely, Nguyen said. “You’re probably not going to see something like that in writing.”

“With a company like UPS, a practice or policy is not written, but if workers can attest a commonality or things along those lines, then that is relevant,” he said.

“They train you one way and they tell you to follow the rules then when it’s wholly unrealistic to do so,” said Paul Taylor, an attorney with the Truckers Justice Center in Minnesota. “This is an everyday deal. UPS looks good on paper, their methods are really good in a perfect world but when you’re meeting time standards, when you’re constantly looking at a clock, meeting time allowances is what it’s all about.”

Back in New Hampshire

In the case of the worker who was hauled off in the package cart, OSHA in its initial report scolded UPS because moving a worker with such obvious injuries could have killed him.

The name of the individual was not included in the official incident report. After an OSHA inspector evaluated the site’s health and safety program, the company was found to have inadequate enforcement, safety training, and accident investigations in place and its preventative actions were nonexistent, according to documents obtained through a records request.

OSHA originally assessed a fine of $13,260, not an unusually small fine for the agency.

UPS spokesman O’Connor told Bloomberg Law that UPS voluntarily reviewed “information with the employees involved on how to respond to workplace incidents, including when and how to call emergency personnel.”

According to a settlement announcement between OSHA and UPS, obtained by Bloomberg Law, the proceeding was “terminated.” The fine was dropped.

“OSHA confirmed that neither a citation, nor corrective actions, were warranted,” O’Connor said.