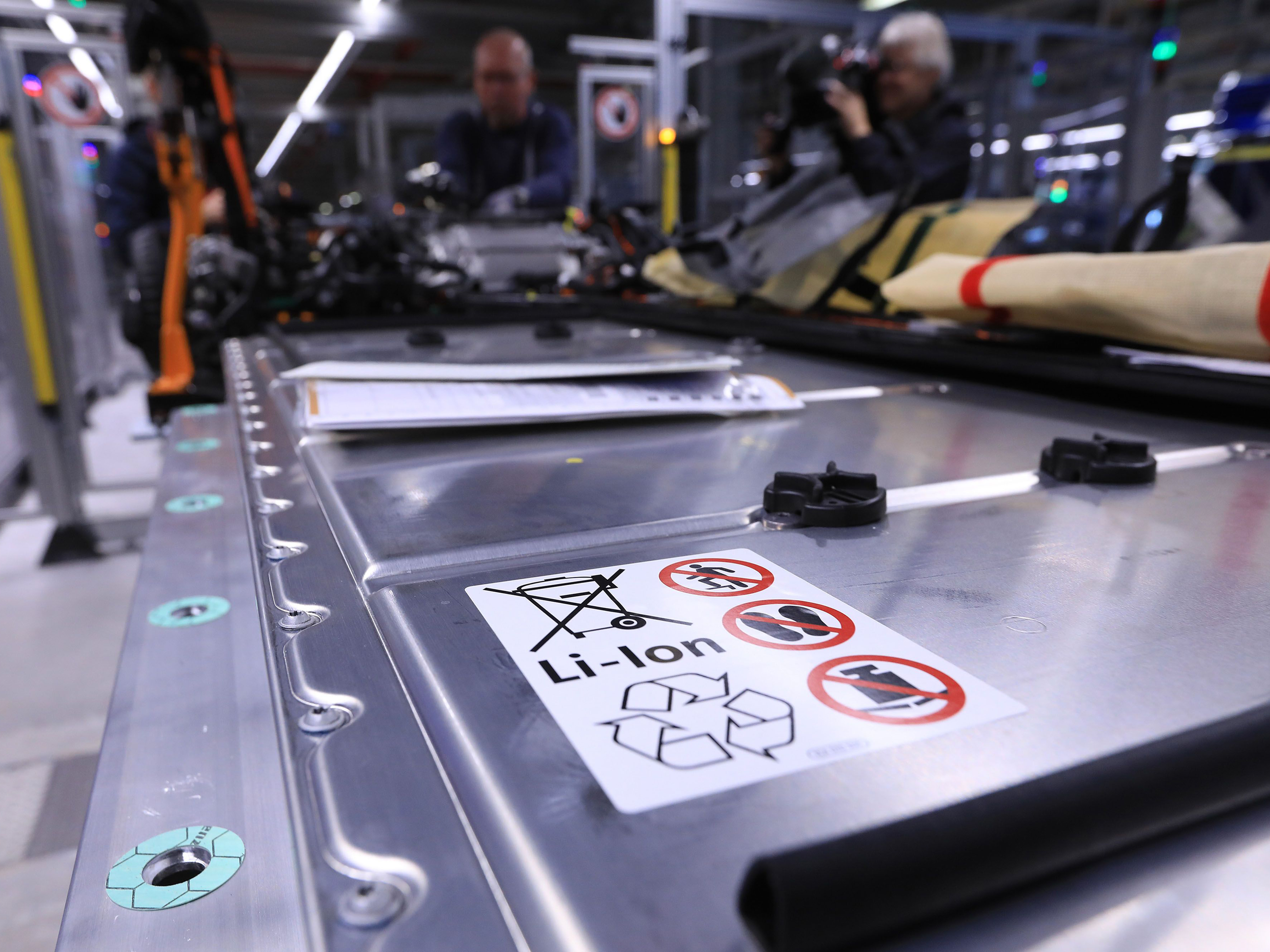 The site, which covers an area equivalent to about 100 football fields, previously housed one of the continent’s largest solar-panel factories. During a visit in October, wooden crates filled with surplus equipment were stacked up outside the metal-clad structure to make way for car-battery-making equipment. Roaring bulldozers swarmed a nearby lot to prep for construction of a new building.

The $2 billion project — one of about a half dozen battery factories under construction in Germany alone — worries European policymakers, who are desperate to ensure their auto industry doesn’t lose competitiveness in the transition to electric vehicles. EV sales in Europe are expected to jump to 7.7 million in 2030 from just under half a million in 2019, according to forecasts from BloombergNEF. Those vehicles will mainly be powered by batteries from Asian manufacturers like CATL, unless European companies fight back and build a local supply chain.

EVs and clean transportation are at the heart of the European Union’s Green Deal, a more than €1 trillion ($1.1 trillion) European Commission policy initiative aimed at making the EU carbon neutral by 2050. The plan includes replacing large power plants with smaller, more local, renewable energy sources while eliminating combustion engines in buses, cars, and trucks. After betting on dirty diesel for too long, European politicians and the heads of Volkswagen, Daimler, and BMW are vowing to build a greener supply chain for all of those vehicles.

“If we let China own the battery, then we lose out on the centerpiece of electric cars,” says German Deputy Economy Minister Thomas Bareiss. “I’m not sure that’s the best approach for our auto industry.”

Europe has only a patchwork of small battery players. The biggest chunk of the value of a European-made electric car belongs to Asia — China, Korea, and Japan account for more than 80% of the world’s EV battery production, and companies such as CATL, LG Chem, and Samsung SDI control Europe’s biggest battery factories.

To change that, the European Commission set up the Battery Alliance initiative. In December it approved €3.2 billion in aid for projects approved or currently under way at 17 companies, including BASF, BMW, and Fortum. The measure is meant to encourage greater investment in factories by these and other European companies.

National governments are also committing large sums to battery efforts, especially in Germany. In early February its economy minister, Peter Altmaier, announced a €5 billion project for battery cells in Germany and France. Altmaier has been a leading proponent of developing a local battery sector. The goal, as he sees it, is to build “the best and most sustainable batteries in Germany and Europe.” There is no other option, he has said, if its carmakers are to succeed.

European players, including Belgian materials technology company Umicore N.V. and German chemical company BASF SE, make battery materials from catalysts to cathodes. But there is little mining of key ingredients like lithium, and no capacity to turn those resources into high quality vehicle batteries. A desire to bring lithium and other materials closer to the production line is partly driving the efforts. “Lithium hydroxide doesn’t travel well,” says Andreas Scherer of AMG Advanced Metallurgical Group NV. “It doesn’t like to sit in a bag in the belly of a ship for six weeks — that’s bad for quality.”

Stringent environmental rules and community opposition to more mines could slow the momentum. Land owners and environmental groups fear the resulting emissions and pollution. Finland’s Keliber Oy in November postponed its planned initial public offering and the construction of a lithium mine on appeals against its environmental permit.

Some countries are pushing ahead. Support from the European Commission to mine battery metals — and the potential riches — motivated Dietrich Wanke to trade a career in Australian mining for the green hills of the Lavant valley in Wolfsberg, Austria. Wanke is the Chief Executive Officer of European Lithium, a startup mining company that aims to become a supplier of raw material for batteries. It operates from an abandoned test tunnel in Austria, where government geologists looking for uranium in the 1980s found lithium instead.

“We won’t be able to produce the absolute cheapest material. It is clearly a commodity mined in Europe, according to European laws and environmental standards,” Wanke says. “It must be seen as a unique product, contributing to the reduction in carbon dioxide emissions in Europe.”

The Wolfsberg project is traditional hard-rock mining, with the ensuing environmental consequences. Another startup, or junior, miner, Vulcan Energy Resources Ltd., claims it will produce the material with no CO₂ emissions by adding lithium-extraction facilities to existing geothermal power plants feeding on underground reservoirs in southern Germany. The method is similar to what Warren Buffett’s Berkshire Hathaway Inc. is researching in California’s Salton Sea. “By 2028, forecasters see Europe alone needing more lithium than is being produced in the entire world today,” says Vulcan Energy’s managing director, Francis Wedin.

Still, the efforts now could be too little, too late. “European manufacturers have dragged their feet,” says Jose Lazuen, senior automotive practice analyst at Roskill. “Asian producers started taking positions in Europe two or three years ago, because they knew Europeans would need batteries.”

While others are talking, the Chinese are busy building out capacity in Arnstadt for what’s shaping up to be another clean energy fight. The battleground is a former solar panel factory where two previous German owners failed to compete against low-price competition from China. As Germany’s deputy economy minister, Bareiss, says, “It’s about staying in the game and playing a role in a critical technology.”