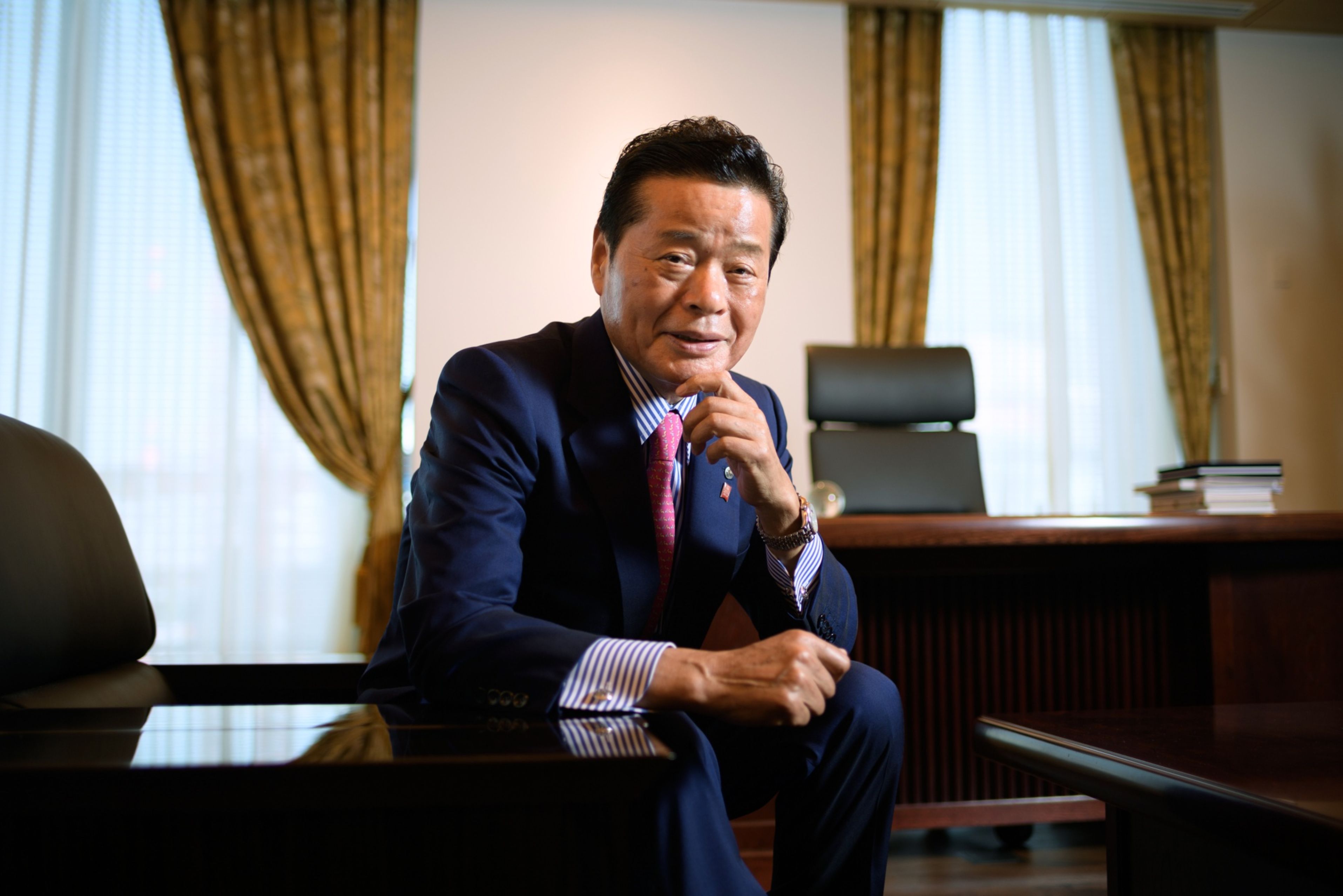 Masaru Wasami started working part time at a vegetable store at age 12, determined to help his ailing mother in her battle with tuberculosis.

Just three years later, he walked away from school and a promising future as a long-distance runner to thrust himself into the business full time.

He started in 1970 with a single truck — a few years later, Maruwa Unyu Kikan Co. had more than 100 of them on the road — and built a produce-delivery behemoth that now handles logistics for drugstore chains and supermarkets across Japan. Today he’s a billionaire, thanks in no small part to Amazon.com Inc., which enlisted his firm in 2017 to manage same-day delivery service in the country.

“I couldn’t sleep,” Wasami said in an interview, recalling the night he came up with the idea for his business.

Earlier that day, he said, he accompanied a friend who was picking up packages from a yarn factory and bristled at the incompetence of some of the workers handling the parcels. Within just a few months, he began delivering produce with his truck.

Wasami, 74, has a keen eye for “winning opportunities,” said Kenji Kanai, an analyst at Tokai Tokyo Research Institute Co., referring to the timing of the deal with Amazon.

His partnership with the world’s biggest online retailer helped turbocharge shares of Maruwa, which have more than doubled this year. Wasami owns almost 60% of the company directly and through his closely held asset-management firm, giving him a net worth of $1 billion, according to the Bloomberg Billionaires Index.

Revenue should continue to grow in the medium- to long-term as Amazon and Tokyo-based Rakuten Inc. look to work more closely with couriers like Maruwa for same-day delivery over more established logistics firms, Kanai said.

The rise of Amazon and other e-commerce behemoths has created fabulous wealth in the past few decades. Amazon founder Jeff Bezos is the world’s richest person, with a $107.7 billion fortune, and his ex-wife, MacKenzie Bezos, owns a 4% stake worth $34.6 billion. Alibaba Group Holding Ltd.’s Jack Ma, who stepped down as chairman last month, is China’s richest person, while two co-founders of Flipkart Group became billionaires last year, when Walmart Inc. took a controlling stake in the Indian e-commerce company.

Maruwa saw an opening as Yamato Holdings Co., one of Japan’s biggest parcel carriers, withdrew from providing same-day delivery for Amazon to ease the burden on its workforce. That prompted Amazon to turn to other private couriers as it pushed to expand in the world’s fourth-largest e-commerce market, which still has plenty of room for growth.

E-commerce accounted for just 6.2% of the country’s retail transactions last year, compared with 18% for China, according to Bloomberg Intelligence. Underscoring that potential is Blackstone Group Inc.’s plan to spend more than 100 billion yen ($927 million) to acquire distribution centers in Japan, Nikkei reported in July.

“We had suggested Amazon to do their same-day delivery service with us for years,” Wasami said in the interview at Maruwa’s office in Tokyo. “We convinced Amazon that it could count on Maruwa to handle the job.”

While increased demand for delivery will be a boon for companies like Maruwa, it also comes with higher costs and can take a toll on personnel. In 2017, Yamato raised delivery rates for the first time in almost three decades amid a labor shortage and surging shipping volumes from e-commerce retailers. It proposed another price hike last month ahead of a recent increase in Japan’s consumption tax.

Maruwa, which hasn’t negotiated a price increase with Amazon, rejects demand that exceeds its capacity, Wasami said. The company also promises competitive salaries for its drivers, he said. They can earn 7.2 million yen a year by delivering more than 150 packages a day, according to a regulatory filing.

Maruwa’s revenue climbed 15% to 85.6 billion yen for the fiscal year ending March 31. While logistics for food retailers remains its biggest business, e-commerce delivery now accounts for more than a third of its revenue, up from 24% in 2017, the company said in the filing.

Despite his success and fabulous wealth, Wasami isn’t close to being satisfied, saying sales should be several times bigger considering he’s spent almost a half century building his business.