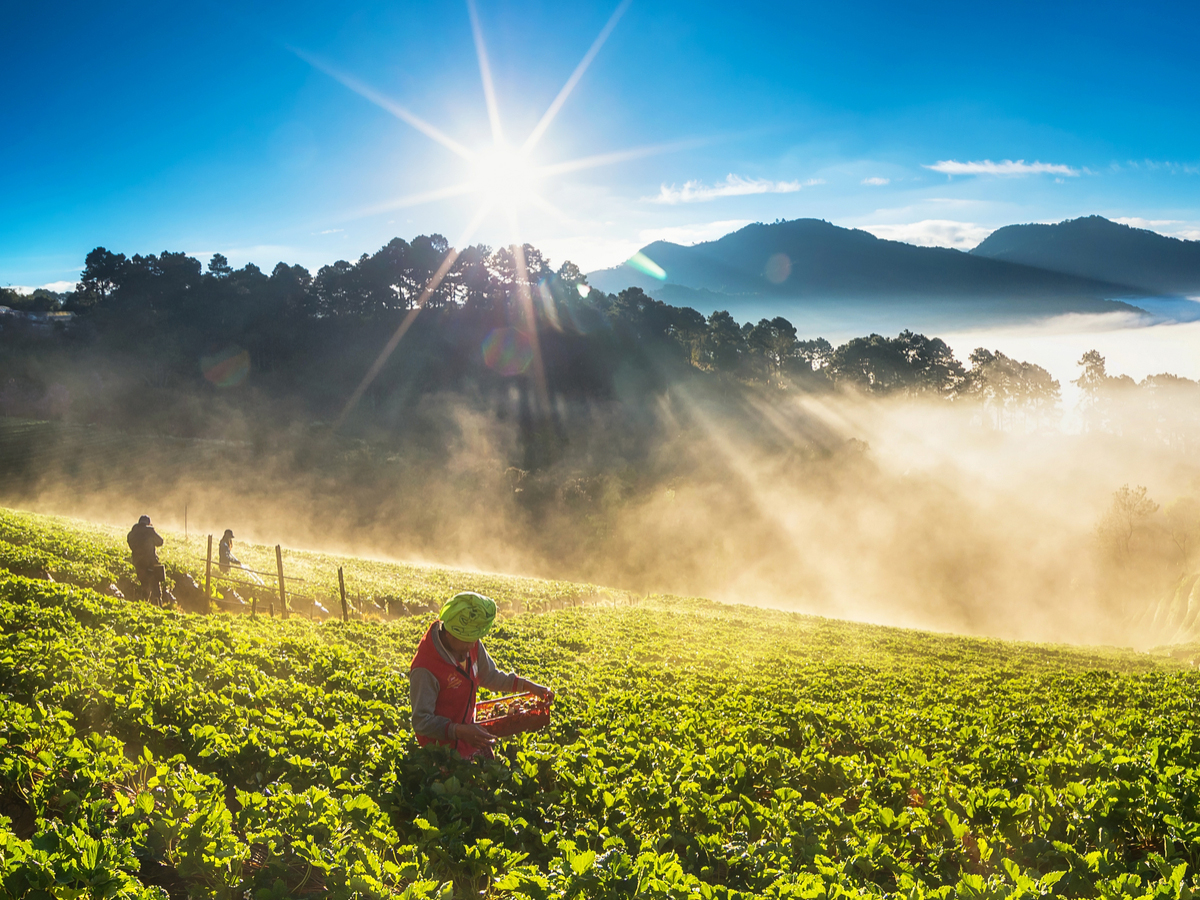 Climate-friendly crops are getting more attention from farmers and food companies as pressure mounts to find sustainable forms of agriculture. Enter Kernza, a new grain that’s already got powerful backers like General Mills Inc. and the support of academia.

Kernza is a wheat-like grain that can be used in breads, cereals, or even served as a pilaf like rice. It’s also a perennial crop, which means it can be seeded once and then grown for multiple years. It helps the environment by sequestering carbon in the soil through its deep root system and requires fewer chemical inputs.

The tell-tale sign for Kernza’s green benefits is underneath the ground. To the uninitiated, dirt is dirt. But farmers can tell you of countless varieties, from stuff that’s red and clay-like, to arid, dry and sandy. Then there’s what you get when you dig up some natural prairie — dark, rich and velvety, the soil that dreams are made of. When Minnesota farmer Carmen Fernholz tore up a test crop of Kernza after seven growing seasons, that’s exactly what he saw.

“It was just lush — the quality, the structure, everything was beautiful,” Fernholz said.

Why does nice dirt matter? Because it means a lot less synthetic fertilizer going into the ground, reducing the chances for chemical run off and restoring the soil’s natural organic matter. Think of the “dead zone” for marine life in the Gulf of Mexico, caused partly by fertilizer runoff from U.S. agriculture.

The rich soil reflects Kernza’s deep root system, which is able to form because the crop is sown just once every five years or so. That’s in contrast to major staples like corn and wheat, annual crops that are replanted every season and contribute to soil erosion, nutrient depletion and other environmental issues.

The University of Minnesota has been working with scientists from a non-profit group in Kansas called the Land Institute to develop Kernza, which is being domesticated from a wild, perennial wheatgrass. The university is releasing its first commercial Kernza seeds to U.S. farmers this summer, funded in part by General Mills.

For Fred Iutzi, president of the Land Institute, the work is helping to fix a problem that started about 10,000 years ago at agriculture’s dawn.

“We got off in the wrong direction by basing farming on annual crops,” Iutzi said. “Agriculture can really only be sustainable and only maintain soil over a very long term under perennials.”

There are other perennials in the works, such as a rice variety that’s growing on thousands of acres in southern China. These crops also offer benefits to farmers, who save on seed. Fuel costs are also lower, with planting equipment needed only every five years. During the growing season, Kernza fields can also be reused multiple times: In the spring and fall, livestock can graze on green shoots. The crop can also provide straw for forage.

Kernza is still in development stages. More work needs to be done to help increase yields, which would allow it to compete in large-scale commercial production. That could still be 10 years away. But companies like General Mills are ready to get in on early stages. The food maker is using the crop, which has a sweet, nutty flavor, in a limited edition cereal called Honey Toasted Kernza.

“It tastes great,” said Tom Rabaey, a senior agronomist for General Mills. “This crop, if you can get it to produce grain at economic levels, could provide a lot of environmental benefits.”