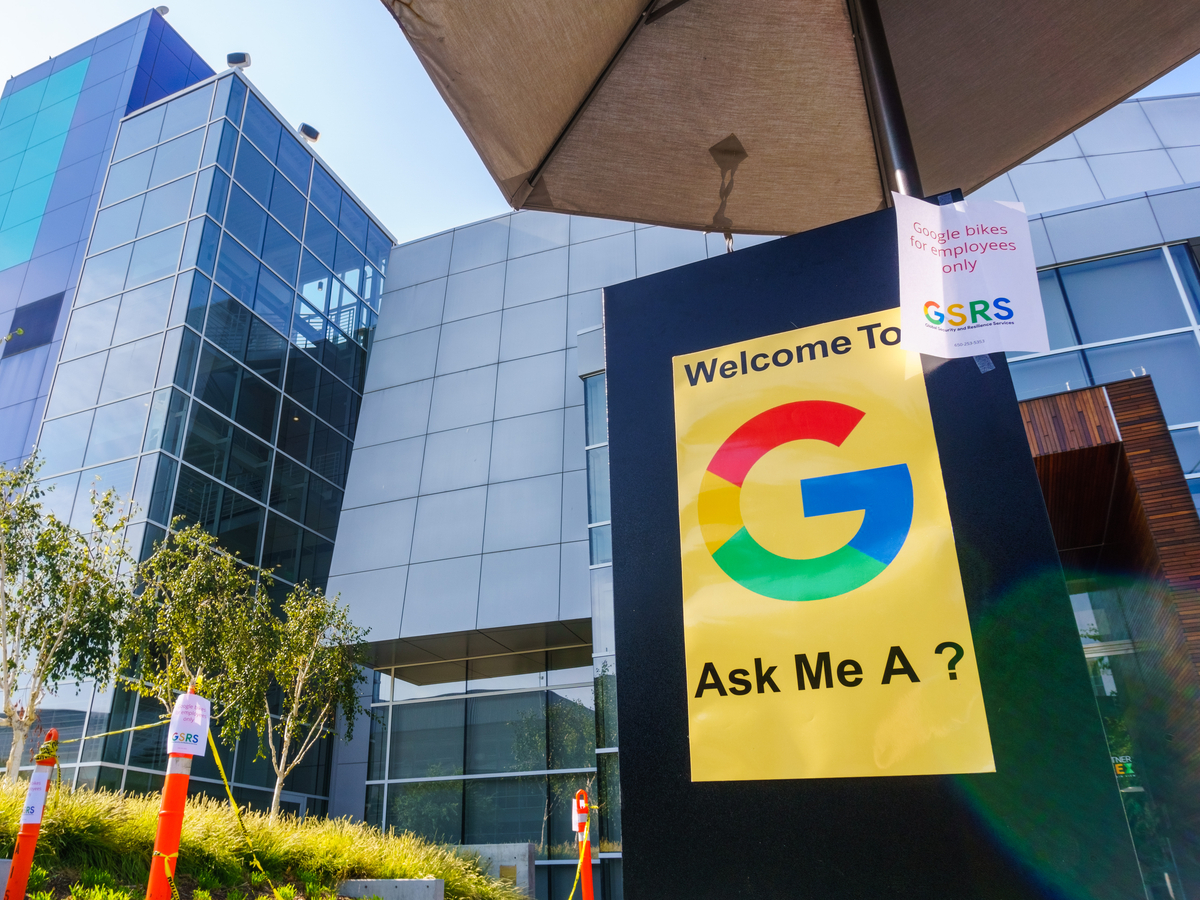 Google employees are accusing the company’s leadership of developing an internal surveillance tool that they believe will be used to monitor workers’ attempts to organize protests and discuss labor rights.

Earlier this month, employees said they discovered that a team within the company was creating the new tool for the custom Google Chrome browser installed on all workers’ computers and used to search internal systems. The concerns were outlined in a memo written by a Google employee and reviewed by Bloomberg News and by three Google employees who requested anonymity because they aren’t authorized to talk to the press.

The tool would automatically report staffers who create a calendar event with more than 10 rooms or 100 participants, according to the employee memo. The most likely explanation, the memo alleged, “is that this is an attempt of leadership to immediately learn about any workers organization attempts.”

A representative for Alphabet Inc.’s Google said, “These claims about the operation and purpose of this extension are categorically false. This is a pop-up reminder that asks people to be mindful before auto-adding a meeting to the calendars of large numbers of employees.”

The extension was prompted by an increase in spam around calendars and events, according to Google. It doesn’t collect personally identifiable information, nor does it stop the use of calendars but rather adds a speed bump when employees are reaching out to a large group, the company said.

The conflicting views of the tool underscore growing tension between Google’s leadership and rank-and-file employees. On Oct. 21, several dozen workers at Google’s office in Zurich held an event about workers’ rights and unionization despite their managers’ attempts to cancel it, and last month, contract workers for Google in Pittsburgh voted to join the United Steelworkers.

In the last 18 months or so, employees have protested leadership’s handling of sexual harassment complaints and launched internal campaigns against some Google projects, including a censored search engine in China and a contract with the Pentagon to analyze drone footage.

The employee’s memo suggests that the new Chrome extension is intended to help Google employees apply newly unveiled “community guidelines,” which discourage employees from debating politics, a shift away from its famously open culture. A Google spokeswoman said in August that the company was also building a tool to let employees flag problematic internal posts and creating a team of moderators to monitor conversations on company chat boards.

It’s not known if that tool is same as the Chrome extension related to employee calendars and meetings. Google didn’t immediately respond to a question seeking to clarify.

The Chrome tool is expected to be rolled out in late October, according to the employee’s memo, which was posted on an internal message board earlier this week, according to one of the employees. Two other Google staffers in California said the tool was added to their work computers this week. And another employee said the issue was the most requested topic to discuss at the weekly all-staff meetings, typically held on Thursdays.

Work on the tool appears to have begun in early September, according to two Google employees who reviewed the memo and said they independently verified parts of the plan. In late September, it was subject to a review by Google’s privacy team, which is the norm for any new planned product launch at the company, the employees said. The team approved the release of the tool, but noted that there were “a number of concerns with respect to the culture at Google,” according to the employee’s memo.

Google said the tool has been in development for months and went through standard privacy, security and legal reviews.

In early October, the engineers responsible for developing the extension wrote that employees would not be able to remove it once it was installed on their computers and that it would be “used for policy enforcement,” according to the review and two Google employees. The plans began attracting attention within the company, the two employees said, and in mid-October, some Google employees were blocked from accessing internal design documents related to the project.

The author of the review described the extension as “creepy” and suggested, apparently in jest, that the Chrome extension should be named, “not-a-trojan-horse_dot_exe”.

On an internal Google message board, employees have posted satirical memes mocking the plan. One meme contained an image of a group of men in suits laughing, with a caption that reads: “And then we told them, ‘WE WILL NOT make it appear to you that we are watching out for your protected concerted activities’ as we pushed a Chrome extension to report when someone makes a meeting with 100+ people.”

Another meme contained an image from a scene in a Harry Potter film, in which the character Professor Dolores Umbridge teaches a class on how to defend against “dark arts.” The caption reads: “Google decree number 24: no employee organization or meeting with over 100 participants may exist without the knowledge and approval of the high inquisitor.”