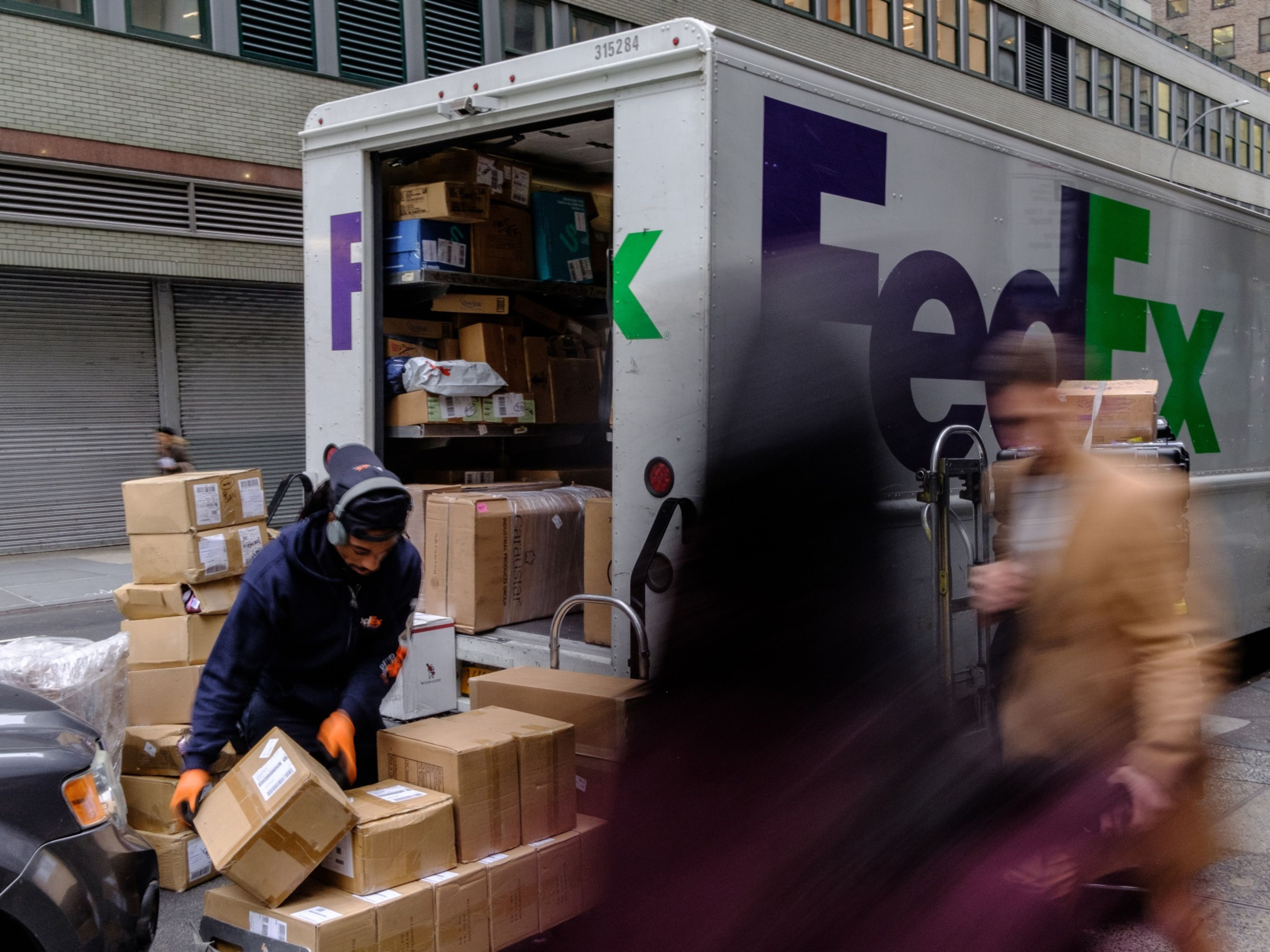 I live on an intersection of two pretty streets in a large town, which are lined with large Victorian houses, most of them long ago split into apartments and offices — about as Middle America as it gets. Every day, I watch a series of vehicles of varying sizes deliver packages to my neighbors (and sometimes me). The United States Postal Service, UPS, FedEx Ground, FedEx Express, and less frequently DHL, all stop or drive by.

The vehicles are almost never full, nowhere close, in fact. Some stop by two or even three times a day. What I’m witnessing is a microcosmic view of freight activities everywhere, including trucks. In the U.S., we are using only 43% of the capacity of our freight trucks on the road because of empty miles and underutilized ones. These, and other hair-raising stats on the woeful impact of our current freight practices were delivered by the Environmental Defense Fund at a congressional subcommittee hearing on Dec. 5. And these vehicles are all delivering the same type of stuff to the same people. The packages of diapers, clothing, small electrical items, shoes; the larger truckloads of food, raw materials and manufactured goods — all fungible, all going to the same places.

Some would say this is a triumph of free-market capitalism. Many different commercial enterprises compete to offer near-identical services, keeping prices low and service high. But what I see is a lot of waste. Even if we had limitless resources in the form of fossil fuels, iron ore, synthetic and natural rubber, and all the other materials needed to manufacture and operate delivery vehicles, we’d still be looking at congestion (which causes more than traffic jams; it results in road fatalities) and air pollution. The former is a huge problem in dense urban areas, and the impact of the latter is growing — deaths by transport emissions globally increased from 361,000 in 2010 to 385,000 in 2015, according to a recent study. You may believe in a free market; I doubt you believe in waste, especially waste that causes sickness, misery and death.

What to do? One, brilliant, short-term solution has been enacted in a particularly busy retail area of central London by, of all people, the Queen of England. The Crown Estate, which she heads as reigning monarch, owns pretty much all of Regent Street, a curved stretch of urban elegance carved through the tonier part of central London. It has a street frontage of 2km, is home to over 700 small and medium sized businesses and more than 150 retail and catering outlets (some of them legendary), and attracts 7.5 million visitors a year.

Before 2009, delivery vehicles accounted for 35% of all peak-hour traffic in the area, making it loud, dirty and unpleasant. So the Crown Estate implemented a delivery solution that mandates retailers consolidate deliveries from all suppliers to one easily accessible point outside of the much-hated Inner London congestion charging zone. Deliveries to each store are consolidated into one consignment and delivered at a pre-arranged time via an electric truck. The program has resulted in an 80% reduction in delivery truck movements in the area.

So, sure, the program has shrunk the carbon footprint of those retailers and improved other environmental factors. Maybe you don’t care about that. But nobody could dislike the money it saved them in terms of delivery costs and keeping stocks lean. Add in the fact that more people now visit Regent Street because it’s no longer an urban purgatory, thereby increasing sales, and you have capitalism doing quite well, thank you very much. It also demonstrates the function of governance at its best. An overarching authority (in this case, the English Crown) was able to take command of a chronically chaotic situation and render it more orderly in a way that benefitted everyone. The idea is spreading, too, in Europe and elsewhere.

I believe this is one version of a better freight future. There’s absolutely no reason why there shouldn’t be a consolidation point for packages and freight just outside my town, with every business and home receiving exactly as many deliveries per day or week as it actually needs via electric vehicle.

Why do I refer to this as a short-term solution? Because I believe the conduit of freight belongs in a different physical infrastructure than the one used by humans going about their daily business. I see no reason at all why all freight couldn’t be sent long distances via rail or waterway, with the last mile handled out of sight.

It’s not such a crazy idea. We used to keep our excrement in privies and basements, and have it collected by cart; now we have sewer systems. Many cities used to have a system of underground pneumatic tubes for delivering mail and packages. The one in New York City was in use until 1953. Pneumatic tubes are being used today to deliver everything from blood to medication in hospitals.

Maybe the free market could explore the possibilities of ideas like that, instead of sending umpteen vehicles to the same block with a handful of single packages each. The scale is dizzying. Last holiday season, an estimated 2.5 billon packages were delivered in the U.S. Something to think about as Christmas approaches.

Helen Atkinson is a contributing writer to SupplyChainBrain.