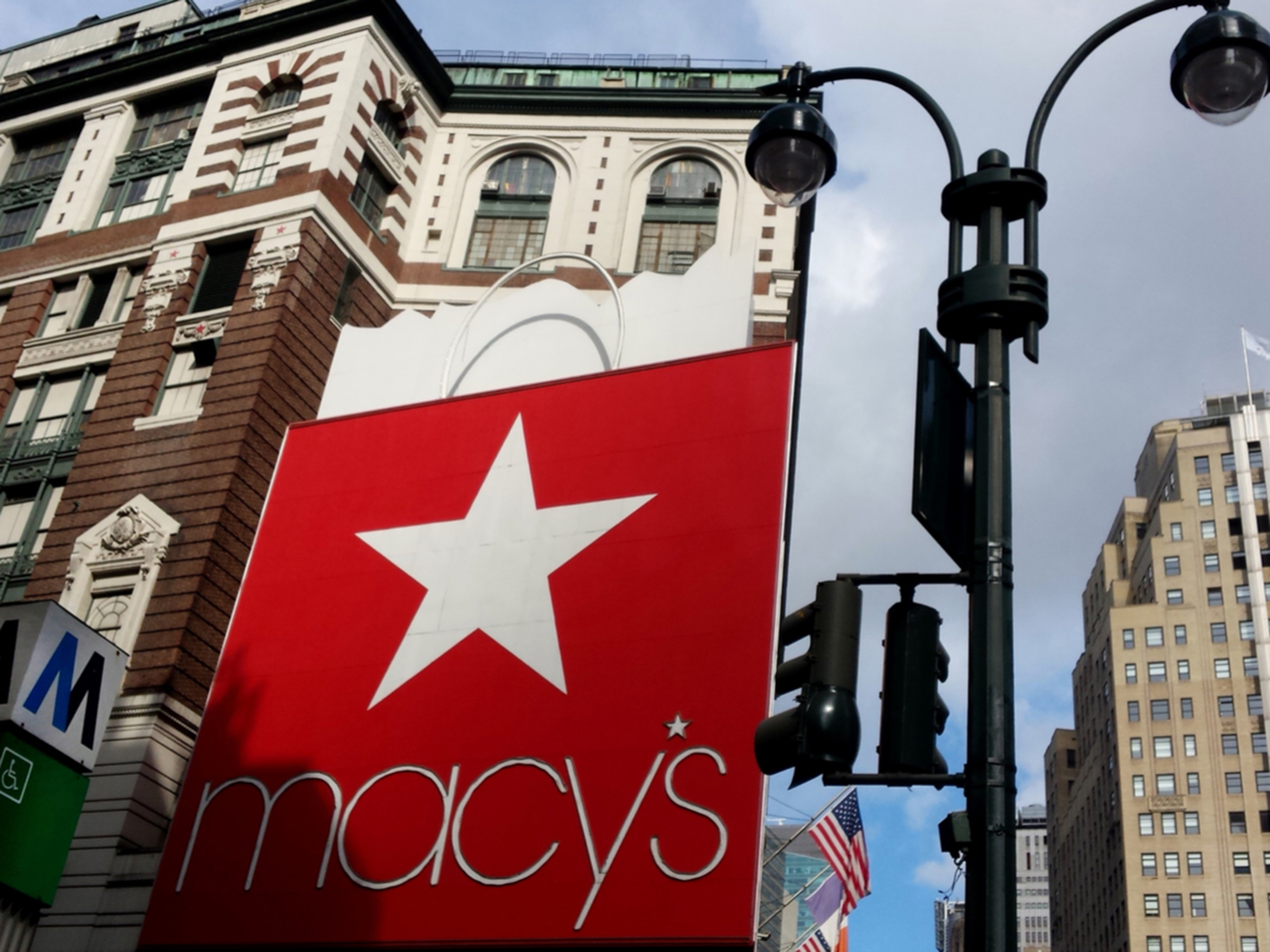 For years, consumers have been trained to sit in the comfort of their own homes and shop online. Yet when the holidays come around, the biggest stores ask them to pull on their shoes and head to the mall or a flagship store for a brick-and-mortar extravaganza.

It’s not working anymore. Black Friday fell flat this year, failing to produce the frenzied shopping spree it was once known for (though online sales were great). Department stores have been hit particularly hard, and are getting increasingly desperate to keep foot-traffic from declining further.

Threatened by new competition and more e-commerce sales than ever, the flashiest shops in the U.S. went big on their holiday window displays, putting on extravagant celebrations and even partnering with major media franchises.

In New York, Bloomingdale’s closed off a stretch of Lexington Avenue to hold a concert for its big show. It enlisted John Legend to play a set of songs for hundreds gathered outside the store on a cold city night. When the retailer pulled up the curtain on its famous store windows, a space-themed holiday galaxy was revealed, replete with neon nebulae, robot arms and mannequins draped in futuristic fashion.

A few dozen blocks away, Macy’s went with a tried-and-true Christmas blowout, nabbing Santa Claus and his reindeer for the largest store in the country.

These annual parties held by giants like Macy’s aren’t just meant to stop passersby in their tracks — they’re also part of a broader public relations effort to attract shoppers to all of their outlets, like the 700 other Macy’s stores all across the country.

Saks Fifth Avenue is nearing the end of a $250 million renovation of its flagship, a sizable investment that has fully remade departments for handbags, beauty and jewelry. For the holidays, the retailer teamed up with Disney and its just-released animated blockbuster, Frozen 2, betting that Elsa can share some of her magic with a building that’s seen its value plummet almost 60% from five years prior.

Saks even brought the voice of Elsa — Idina Menzel — to sing a few numbers on the street along with a dance ensemble before lighting up the city sky with fireworks.

Over where the wealthy people shop, the windows also didn’t disappoint. Bergdorf Goodman’s Fifth Avenue reveal had the usual overstuffed artistic flair the luxury retailer is known for — or as the company calls it, their “acclaimed tradition of high fantasy.” The display was a year in the making, and features a psychedelic pinball machine, sculpture garden and retro slumber party.

Fifth Avenue itself has seen better days, with several storefronts sitting empty thanks to the closings of Polo Ralph Lauren, Tommy Hilfiger, Henri Bendel and Massimo Dutti. To deal with those eyesores, the Fifth Avenue Association, which represents many of the street’s retail tenants, filled vacant windows with holiday displays, hiding the grimmer reality from the area’s 750,000 or so daily visitors.

New York’s two newest department stores, Nordstrom and Neiman Marcus, don’t have the street-side windows of their brethren, but they managed to put up some holiday decorations nevertheless.

Nordstrom, which in October opened a flagship at the base of a new skyscraper near Central Park, went especially big by outfitting its store with a Scandanavian theme. The retailer festooned it with more than 700 ornaments, 120 trees and 150 chandeliers, snowflakes and candle wreaths.

Yet with the excitement of the newcomers comes the sobering end to those unable to adapt. Last year, Lord & Taylor’s century-old flagship had its last sale before shutting down for good, alongside the closing of the Saks downtown women’s store and the end of 114-year-old department store Henri Bendel’s chain of 23 shops, including its Fifth Avenue flagship.

Department stores continue to suffer as shoppers head to other types of shops for their goods and, of course, Amazon. Beauty floors have been hit by the rise of boutiques like Ulta and Sephora. Full-price clothing racks are being ignored in favor of off-price stores such as TJ Maxx or used clothing at the RealReal. Big box stores Walmart Inc. and Target Corp. have been cruising for the past few years, too.

The latest victim in the slow death of physical retail is Barneys New York, which is prepping for obsolescence by liquidating all of its merchandise. Inside, what was once the pinnacle of aspirational luxury in New York has been defiled by bankruptcy.

Big-screen TVs announce the terms of the clearance, and the store is filled with signage making it look more like a dying Circuit City than a former fashion wonderland. Several escalators are broken and police are posted at the exits to dissuade would-be thieves.

Any holiday cheer that may have appeared in Barneys’ windows has been set aside in favor of a few sparse mannequins and red-and-yellow signs that say “Everything Must Be Sold!” Ho ho ho.