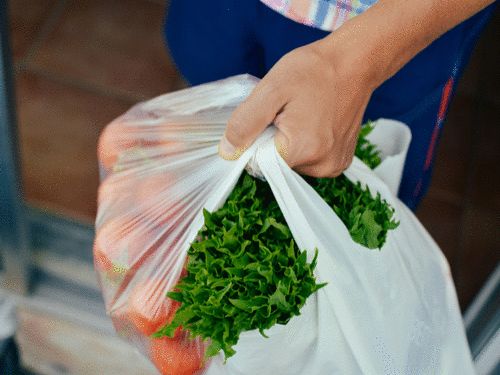 Visitors to Seattle-area Kroger supermarkets next week will be able to walk out with fresh parsley, cilantro and other greens grown in the store, the latest example of grocers bringing the farm right to their aisles.

Kroger’s deal with German startup Infarm includes two stores with plans for 13 more to come online by March of next year. It’s part of a broader push by the nation’s biggest traditional supermarket chain to improve sluggish sales by amping up its fresh-food offering, while also enhancing its environmental cred. The greens — including crystal lettuce and Nero Di Toscana kale — only need tending once or twice a week and will sell for no more than Kroger’s existing store-brand organic produce, according to Suzy Monford, Kroger’s group vice president of fresh.

“We’re removing touches in the supply chain, which is more economical and allows us to pass those savings along to customers,” Monford said in an interview. “We know that fresh food drives shopping trips and it’s a real differentiator.”

The industry could no doubt use some buzz. Consumers have been dialing back on traditional grocery shopping for years, sparking a slew of bankruptcies and consolidation. Blame meal kits and the ease of restaurant-ordering apps. A flood of retailers, like pharmacy chains and dollar stores, have expanded into food. And when many Americans do buy groceries, it’s often via online delivery. The industry needs to win back a cohort that has largely moved on from the grocery-store trip, and offering the farm could help.

While this is Infarm’s first stateside venture, the Berlin-based company is already well established, with more than 500 farms dispersed through partnerships at more than 25 major food retailers internationally, including Edeka and Amazon Fresh in Germany, Marks & Spencer in the U.K., and Metro in France. Its farms grow a variety of herbs and leafy greens including stalwarts like parsley and kale, as well as more specialized options like green mizuna and Peruvian mint.

Kroger’s tie-up with Infarm comes during a period of robust growth for this kind of produce. In the U.S., sales of fresh herbs and spices are up 6% for the year, and leafy greens are up 9%, according to data from Nielsen. That coincides with surging investments in innovative farming methods, too. In 2013, vertical farming startups received $4.5 million in venture funding, according to AgFunder, an investor in food and ag tech companies with an active media and research arm. In just the first half of 2019, they raised $140 million. Infarm, for its part, raised $100 million in a Series B round in June.

As these new forms of farming gain steam, the companies behind them are looking for ways to appeal to major customers and, ultimately, the consumer at the store. Brooklyn-based Square Roots builds farms inside of refurbished shipping containers, and recently announced a new partnership in Grand Rapids, Michigan, putting the containers at the headquarters for food distributor Gordon Food Service. Gotham Greens, a Brooklyn-based greenhouse grower, has six locations in New York and Chicago, including on the rooftop of a Whole Foods. Indoor vertical farming company Plenty, which raised $200 million in a Series B round in 2017 from the likes of Jeff Bezos, recently announced a soccer-field sized farm planned for Compton, California.

While farming models differ, the basic pitch remains the same: Growing food closer to the urban shopper, in computer-controlled micro-climates, means less transport, less water usage and less pesticides, fertilizer or food safety concerns, if any at all, all while delivering more shelf life, more flavor, and overall, a better eating experience.

Infarm uses a “distributed farming” format, growing its plants in centralized nursery hubs for a few days, before placing the days-old seedlings in its hydroponic modular farms in stores in the nearby area. Once Infarm’s initial partnership in a given city is well settled, it spreads out, adding customers that can all be serviced from the same hub.

Smallhold, a Brooklyn-based mushroom farm company, uses a similar model in the New York area that includes the Standard Hotel in the East Village, the trendy Lower East Side’s Mission Chinese eatery and two Whole Foods locations, with more on the way.

“It’s about finding places where you can fill a niche,” says Chris Manca, a purchasing manager for Whole Foods in the northeast region, adding that he might expand beyond oyster mushrooms to rarer varieties like lion’s mane — popular in meat-replacement dishes — in the coming months.

Retailers pay Infarm for “farming as a service,” as co-founder Osnat Michaeli describes it, which includes not just the produce itself, but also its planting and preparation for sale. Consumers can see their food growing right before their very eyes, and then take their Italian Basil or green mint home, roots still intact, to allow for the most flavorful food. “The real harvest,” Michaeli says, “happens just before eating.”

“It’s about a ‘wow factor,’” says Henry Gordon-Smith, founder and managing director of Agritecture Consulting, a global adviser to vertical farming entrepreneurs. “This is a new way to think about herbs and cooking,” Gordon-Smith says, calling the model “compelling.”

But while consumers are likely to be excited about the environmentally-positive, foodie-friendly marketing around vertical farming, the reality is not that simple. Though the aforementioned benefits, like lower water use and pesticides, are real, the energy required to power these farms can counteract some of that.

“If you had a balance sheet, the carbon footprint from energy would be a significant dirty part of vertical farming overall,” Gordon-Smith says, depending on the energy source.

Renewable energy options are sometimes available — Infarm’s Berlin hub uses 100% green energy, for example — but the requirements are about 10 times that of conventional agriculture. Infarm’s model uses similar amounts of energy to produce a pound of lettuce as other indoor farming methods, like using shipping containers or large-scale plant factories, according to calculations by Agritecture, which periodically benchmarks operators to each other to analyze the environmental impacts. But there are still enough other variables to consider — plant transport, for example — that it could actually be significantly higher.

Kroger’s Monford admits that the company still has “a lot to learn” about in-store farming, but says the venture’s environmental footprint is pretty minimal. “It’s just water and light.”