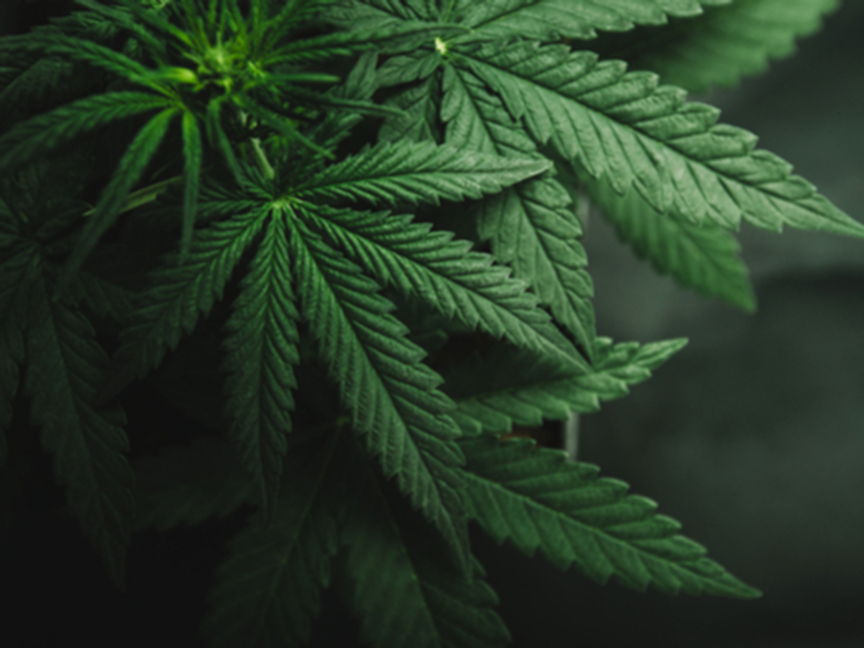 The origin of Papa & Barkley’s name is an “endearing story,” says systems director John Schoenbeck, and he’s not kidding.

Adam Grossman, founder and chief executive officer of the maker of cannabis-based wellness products, started the company after formulating a pain-relief balm to relieve his bedridden father’s severe back pain. The substance allowed his father to begin moving again. Throughout the ordeal, his dog Barkley remained faithfully by his side. Hence the company’s sentimental name.

Papa & Barkley began actual business operations in a small house in Los Angeles, where it still maintains headquarters, but soon moved manufacturing north to Eureka, California. Today, it runs four production sites and has grown to 210 employees from 30. The product line consists mostly of topical cannabis-based substances for wellness and pain relief, including tinctures, resins and patches, although it also makes some inhalable items.

Schoenbeck was brought in to set up a formal manufacturing resource planning (MRP) system for production. The company already had a customer-relationship management application in place, but an attempt by the CRM vendor to build a module for managing inventories didn’t pan out. “It turned out to be just a fancy spreadsheet, with no inventory accountability for audit purposes,” says Schoenbeck.

Papa & Barkley had been relying on paper tickets to track production, a cumbersome system that resulted in big information gaps. L.A. headquarters would contact Eureka for updates on what it was buying and manufacturing, but the data wasn’t always available on a timely basis. The system was barely manageable with 30 employees, and Schoenbeck knew something far more sophisticated was urgently needed, given State of California requirements to track and trace cannabis-based products. “We needed eyes on true numbers before we could report,” he says.

After surveying nearly two dozen software applications, including some full enterprise resource planning (ERP) suites, Papa & Barkley selected MRPeasy, a specialist in cloud-based MRP for manufacturing. “It was the only thing that was flexible enough to put all of our complex processes into,” Schoenbeck says, noting the company’s high incidence of process changes and wide fluctuations in inventory levels. “We needed to use decimal points and irrational numbers.”

Konstantin Klugman, product manager with MRPeasy, says the vendor’s notion from the start was to create MRP software that was easy to implement and understand, without the need for deep customization or hand-holding support from consultants. It targeted a market of small manufacturers with between 10 and 200 employees.

“[MRPeasy’s] founders were all working in relatively small companies,” Klugman explains. “We feel a mission to help small manufacturers have good-quality software for planning and production.”

Typically, MRPeasy allows prospective clients a free trial period of up 30 days — which is about as long as Papa & Barkley needed to get up and running on the system. Implementation was “one of the easiest standups I’ve ever done,” Schoenbeck says. He was setting up data tables with a week, and began user training on the software shortly after. The company ran parallel systems for about a month, then shut the old one down.

For the most part, Papa & Barkley “self-discovered” how to run the software, needing support in only a couple of instances. And the benefits were immediate. The system now allows stock counts to be accomplished in a single shift, versus four or five under the old system. “Everybody was getting stock cleaned up before inventory counts,” recalls Schoenbeck. “It helped with accuracy and speed.”

Things are already growing more complicated, however, with the company’s decision to build out an ERP system from specialty vendor 365 Cannabis. That’s needed to meet state requirements for close monitoring of product moving in and out of the warehouse, Schoenbeck says. Regulations require the use of warehouse transfer orders when product goes from the blending stage to filling and packaging.

The company further requires an ERP to handle the complexities of its Southern California stocking site. What’s needed at that location, Schoenbeck says, is a system equipped with enhanced security and control, to accommodate a greater number of users across multiple departments.

Currently the company manufactures to stock, mostly because of regulatory requirements involving the need for third-party lab testing at each phase of production. The result, says Schoenbeck, is an “inventory liability in the middle of our model.” He has hopes of developing a combined manufacturing and distribution system, along with a reduction in lab time, that would allow the company to make product to order.

The MRP acquisition was just the first in a multi-step IT initiative that has since expanded to cover human resources and financial management, all of which will be linked to the core ERP system. At the same time, Papa & Barkley is expanding its distribution base, from supplying California shops and dispensaries with medical cannabis to selling a wider variety of CBD products to national accounts. With that level of growth comes the need for more complex information systems, meaning that the still-young company is already on the verge of outgrowing its MRP.

Upon full adoption of the ERP, Papa & Barkley might keep MRPeasy on hand for use by its research and development team. “They need a lot more flexibility in an inventory system — to be able to buy, make, create, destroy and send stuff to the lab in a random way that’s not part of normal production,” Schoenbeck explains.

Still, MRPeasy has played a key role in helping a fledgling company gain control over manufacturing and inventories, and manage growth. “I give them really big kudos,” Schoenbeck says.