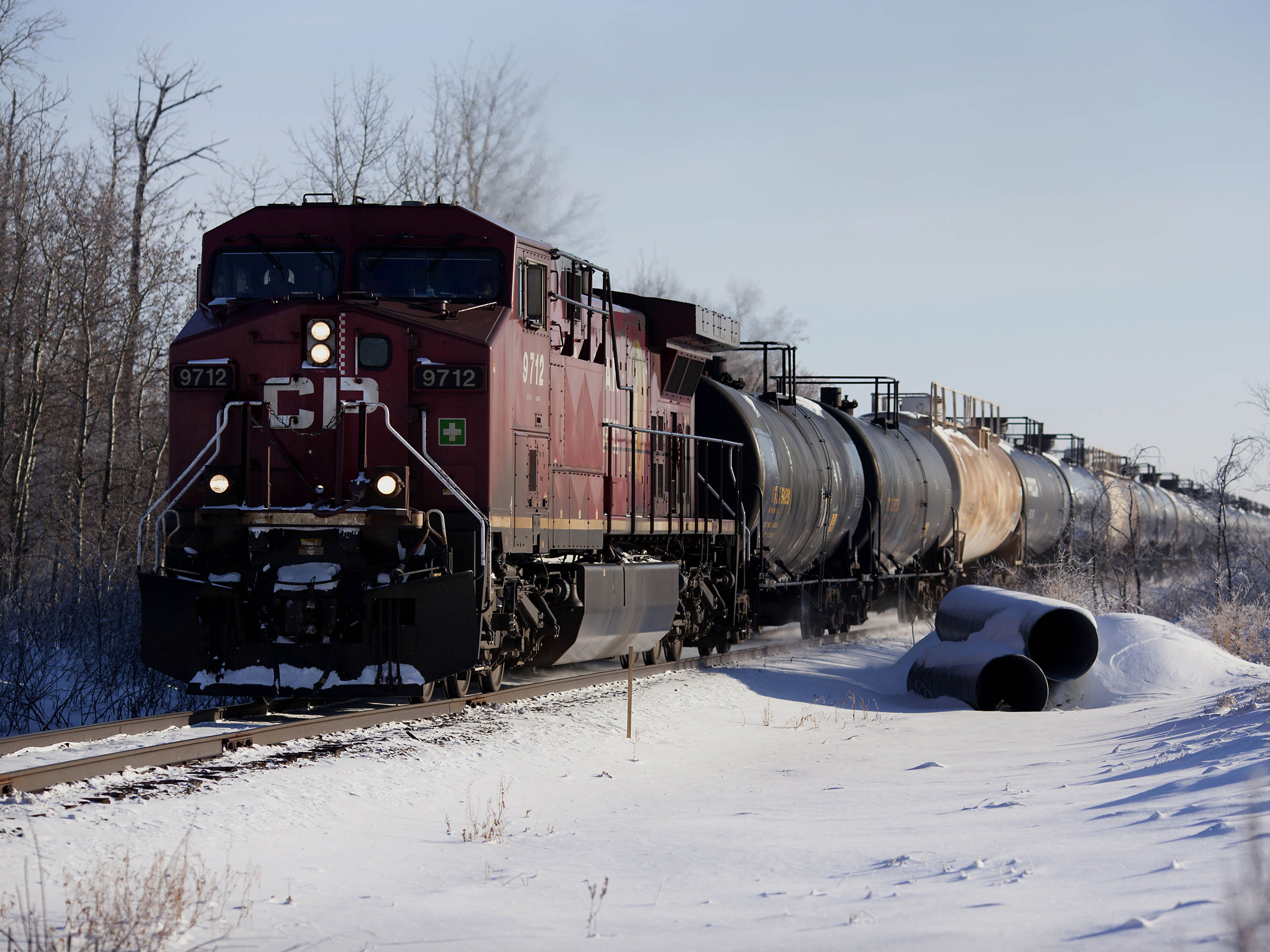 Protests against a natural gas pipeline are crippling Canada’s railways — key economic arteries in the sprawling, trade-dependent nation — and prompting cries of “insanity” and “ecoterrorism” from business leaders.

Canadian National Railway Co., the country’s largest rail provider, has canceled 400 trains in the past week and said on Thursday that it will shut down its operations in Eastern Canada, possibly leading to temporary layoffs. Via Rail, which operates passenger train service across the nation, is canceling all services effective immediately.

The cancellations mark the most severe fallout yet from protests that have spread across Canada in recent days, disrupting shipments of oil, grain, propane, lumber and consumer goods. Environmental and indigenous-rights activists are blockading rail lines, ports and other infrastructure to show solidarity with portions of the Wet’suwet’en Nation that are protesting construction of TC Energy Corp.’s planned C$6.6 billion ($5 billion) Coastal GasLink pipeline through their territory in British Columbia.

“This is a good case of insanity,” Don Walker, chief executive officer of auto-parts maker Magna International Inc., said in an interview with BNN Bloomberg on Thursday. The protests are a “very bad situation” that hurts Canadian business and its perceived competitiveness on a global scale.

Mullen Group Ltd. CEO Murray Mullen called the disruptions a form of ecoterrorism and said on an earnings call that the the government should do something to ease the tensions before the economy is affected by the disruption in the supply chain. Mullen Group provides oilfield services, including trucking and specialized transport.

TC Energy CEO Russ Girling said on an earnings call Thursday that he’s disappointed that police have had to help the company proceed with construction on the line. He said the company is continuing efforts to find a peaceful solution with the portions of the indigenous groups that oppose the project, which would connect natural gas fields in British Columbia to an export terminal that’s being built on the Pacific Coast.

CN Rail said Thursday that it has been forced to start the shutdown of its operations in Eastern Canada, which may lead to temporary job cuts soon, the company said in a statement. Blockades have been cleared in Manitoba and may soon be resolved in British Columbia, but have persisted in Ontario, the Montreal-based company said.

“This situation is regrettable for its impact on the economy and on our railroaders as these protests are unrelated to CN’s activities, and beyond our control,” CEO Jean-Jacques Ruest said in a statement.

“My request, that I ask you kindly to consider, is to discontinue the protest and barricade of the train tracks as soon as practicable,” he said in an email that he posted to Facebook on Thursday. Miller also asked to meet with the First Nations group.

Earlier this week Prime Minister Justin Trudeau said the intensifying protests are “of concern” and added that his government will be engaging with ministers to look at next possible steps. Transport Minister Marc Garneau said “there is time for all parties to engage in open and respectful dialog to ensure this situation is resolved peacefully, and we strongly urge these parties to do so.”

The protests are putting Trudeau in a bind. He got elected last year partly on a platform to reduce Canada’s carbon output and improve the environment, but his government also bought another pipeline to help ease bottlenecks that are cutting the price of the country’s crude.

On Thursday, CN Rail spokesman Jonathan Abecassis said by phone that a disruption west of Winnipeg was disbanded. That demonstration had affected traffic between western and eastern Canada and south into the U.S.

This is a second hit to CN Rail in three months after a worker strike in November also halted shipments.

While two in five Canadians say they support the protesters, a slight majority support the Coastal GasLink project itself, according to a poll conducted by the Angus Reid Institute.

“In each case, whether it’s the protesters or the pipeline, Canadians are divided into two sizable groups on each side of the issue,” the report said.

Still, Canadians are mostly confident that the Coastal GasLink pipeline will be completed, according to the survey. About 57% believe that while it will take longer to build, it will still be completed and 34% have full confidence that it will go ahead regardless.

“We are closely monitoring the situation and are currently exploring alternate methods of distribution and have put measures in place to manage inventory,” a Suncor spokeswoman said. “We continue to take steps to mitigate any potential impacts.”