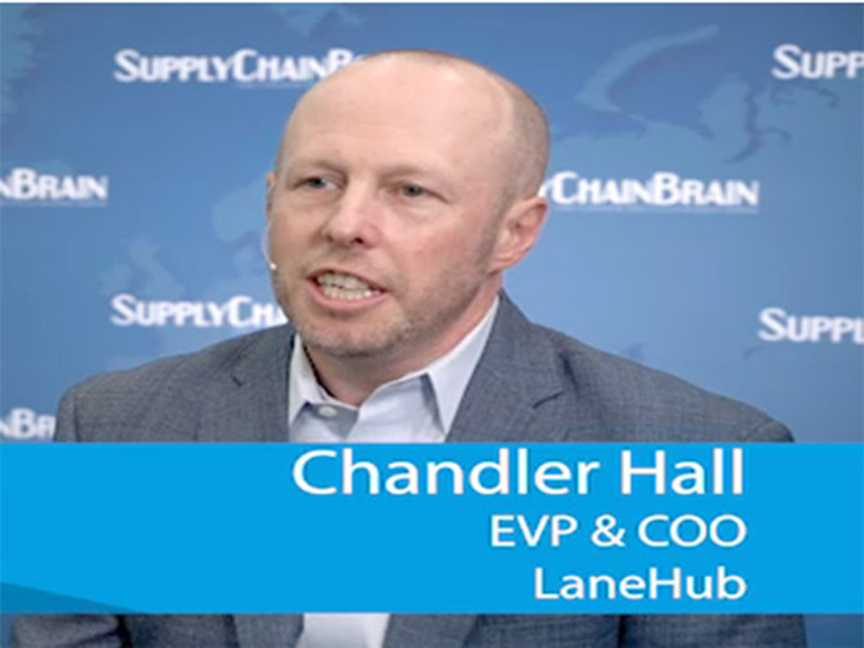 SCB: How do you define “collaboration” as it relates to optimizing transportation?

Hall: There are a lot of opportunities for collaboration in transportation. It might mean sharing information in a more timely manner with your partners, or sharing a truck with another shipper that has freight going to the same place. But where we’ve really seen an acceleration in successful collaboration is when a truckload shipper works with other shippers and their carriers to reduce empty miles, by putting together consistent lanes into round trips or triangles.

SCB: How serious has the problem of underutilized truck capacity been up to now?

Hall: That has certainly been recognized as a big opportunity, but the reality is that people are busy, and they often prioritize fire fighting over fire prevention. And this type of collaboration really classifies as fire prevention. It tends to be an obstacle just to get the resource allocated so that they can seek outside help. And when you’re matching transportation lanes, there’s immediate talk about operational incompatibilities. There’s been a misperception that you need a perfect continuous move in order to achieve benefits. That search for perfection got in the way of progress, and people got frustrated.

SCB: What do you mean by operational inconsistencies or incompatibilities? What exactly was incompatible?

Hall: It could be timing and detention issues. Beyond the operational concerns, however, you need to focus on the financial benefits. It’s hard for a company to know what the potential opportunity is without doing the work to identify the project. You run into the resource issue. These projects often were large, one-time manual efforts between two shippers trying to capitalize on presumed or potential networks synergies between them.

SCB: Truckload, by definition, implies that you have just one shipper or customer on the truck. So are you saying that it’s up to the shipper to participate in networks, as opposed to the carrier bringing customers together to maximize the use of a trailer?

Hall: Right. There’s an opportunity to consolidate and co-ship on the same truck. What we’re trying to do, once a truck gets to its destination, is have it ready to bring a full truckload from another shipper back home without having to drive around or wait for an extended period of time. Which of course creates cost and inefficiency in the network.

SCB: Are there in fact many opportunities for that to be the case? You’re not going to get a perfect match every single time.

Hall: There are. Traditionally, the project approach was difficult and with limited reward. With the emergence of a continuous automated approach, you can leverage a broader dynamic network of potential partners. It’s easier to find those synergies and matches faster. And the more available data we have, the more we can capitalize on the best opportunities.

SCB: Are there competitive issues to be considered? Are shippers reluctant to share space on a truck with another company in their same industry?

Hall: It certainly still is sometimes an issue. It becomes less of one in times like last year, when shippers saw capacity become really tight and service costs increased. In 2019, things have softened up, and if carriers were to rely solely on the spot market to get their trucks back home, they would see their revenues affected. So there’s an increasing willingness among shippers to collaborate, but all things being equal, they’re still not prepared to work with their top competitors.

SCB: What about types of freight? There have to be barriers there. You can’t combine food-grade items with certain types of industrial parts.

Hall: Exactly. We at LaneHub got our start with consumer goods, as well as food and beverage items. We didn’t initially focus on chemicals and hazmat, and other types of equipment that would create incompatibilities.

SCB: So would you argue that technology is the element that’s enabling this to happen more often in terms of optimizing truck space?

Hall: It has certainly helped a lot. It helps to scale it and build a much more compelling ROI for the time and effort invested. Another big factor in response to the situation in 2018 was shippers increasing their commitments to private and dedicated fleets, as a way of achieving capacity at a more controlled cost. As you grow these fleets, it’s harder and harder to keep the trucks full with only your own freight. They become more willing to consider working with other shippers to put compatible and consistent freight on their trucks. They can often get significant savings by paying well below the one-way market rate, because that fleet owner, the other shipper, is just trying to offset costs that it has already incurred.

SCB: The word “dedicated” suggests a contradiction, because you’re sharing with someone else a truck that is dedicated to you.

Hall: Not many shippers have equal amounts of freight going from A to B as they have from B back to A. That’s what creates the opportunity.

SCB: Going forward, do you see more shippers willing to embrace this as a possibility, as they look to cut transportation costs?

Hall: Definitely. We see them leveraging the technology to factor the availability of third-party backhaul freight into their own fleet-design decisions. They become comfortable with expanding their own fleets because they know they can find partners to share the cost and commitment of those fleets.

SCB: Not to mention that it addresses both the driver shortage and environment concerns, because you’re taking more trucks off the road.

Hall: Exactly. It fits right into shippers’ sustainability goals, and helps carriers get their drivers home on a more consistent basis. If I’m a shipper that’s helping my carrier find backhaul freight, then I’ve made a pretty compelling case to earn that mantle of shipper of choice.