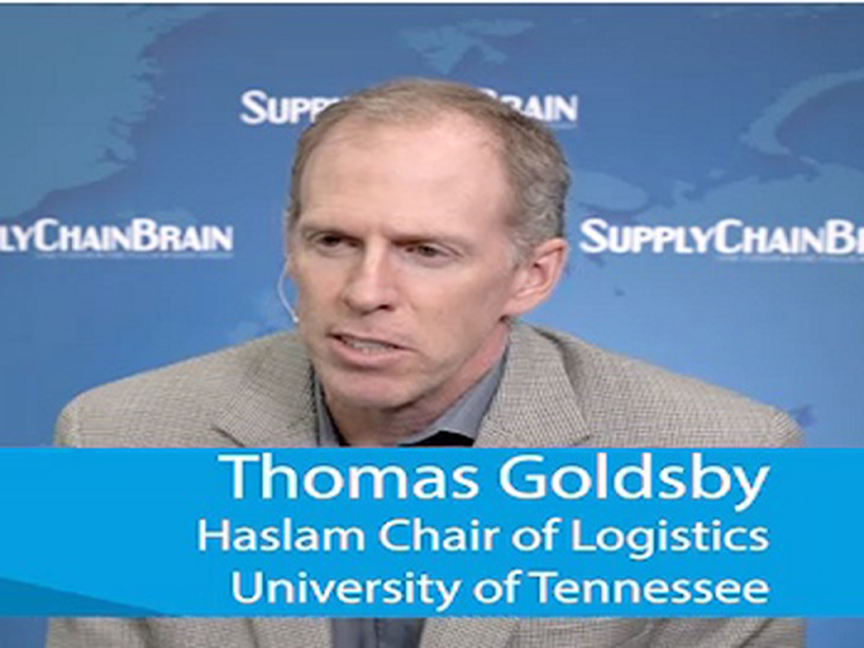 Farewell to the age of economical bulk and pallet distribution. Now it’s a question of managing “eaches.” Thomas Goldsby, Haslam Chair of Logistics at the University of Tennessee, Knoxville, explains the new economics behind this trend.

SCB: Eaches are an essential part of today’s supply chain, given the growth of e-commerce, and the need to pick small lots for customer orders. What do you mean by “the economics of eaches”?

Goldsby: We’re not talking about supply chains that are dependent upon full pallets moving in and out. Instead, at some point in the distribution of products, we’re going to get down to less-than-pallet loads, and perhaps the individual item. When I refer to the economics of eaches, I’m talking about understanding the financial aspects associated with picking, packing, shipping and delivering those individual items.

SCB: Based on shifts in consumer buying behavior?

Goldsby: The way consumers shop today, it’s no longer just a case of driving to a store, picking their own items from the shelf and filling up a shopping cart. Rather, it’s an industrial worker — an employee of a manufacturer, retailer or distributor — who’s performing that activity, as well as handling as the last-mile portion. My sense is that most companies don’t fully appreciate the cost of breaking down the pallet and delivering to a desired destination.

SCB: And yet they have to meet consumer demands for service.

Goldsby: Companies are so eager to provide a tremendous customer experience that they’re willing to say yes to virtually anything. Consumers are powerful in conveying what they want, then telling the world whether they’re satisfied with what they experienced. So companies are tripping over themselves to provide that wonderful experience, but without fully appreciating the economics associated with the it.

SCB: Would you say that customers today are spoiled?

Goldsby: They are. I refer to the consumer as being diabolical today. I think we’re creating monsters out there.

SCB: Yet companies have no choice but to adjust. How are they doing so?

Goldsby: Many are looking to the obvious force in this revolution — Amazon. But we don’t necessarily know if companies are being profitable in offering the services they bring to market. Amazon has the great luxury of having Amazon Web Services, which is highly profitable and can help subsidize its fulfillment and retail businesses.

SCB: How can technology help?

Goldsby: We need to look to advanced technologies, whether it’s automation, robots or cobots in the warehouse. These provisions are obviously going to be instrumental. They can help us to see, think and act better. Artificial intelligence can help us to anticipate what’s going on in the market, and maybe even predict the future. We can determine what needs to be picked on a real-time basis, at the warehouse and even the retail store. We might even see automation making its way into the delivery component as well, where AI would be instrumental in making sure that goods get around a city or a countryside safely and efficiently.

SCB: You mentioned cobots. A lot of companies are using robots to bring a human to the pick face, then have the human do the actual picking. Does automation stop there?

Goldsby: Amazon has universities competing to see if we can get robots to be effective in the handling of eaches — to pick with the same precision and care as humans. That seems to still be in the distance, but I’m amazed at how advances are seemingly coming forward day after day.

SCB: Eaches are an issue when it comes to physical delivery — trying to fulfill promised delivery times, sometimes to the hour, within a given neighborhood. Can you use AI to partially offset the economics of eaches through better consolidation of product?

Goldsby: In essence what you’re describing is the same logic that might be applied to wave picking within a warehouse facility. The idea is that we’re taking it beyond the warehouse and into communities. I see attempts to shape demand to avoid those windows. Amazon Day is an example — they tell customers, you choose your day of the week and we’ll bundle all of your deliveries for that week, rather than making five or six separate deliveries. That way we can get some economies of scale while still meeting customer expectations. We’re going to have to figure out ways to become super efficient, and automation and AI are going to be central to those solutions.

SCB: So what’s the end game? Where’s it all going?

Goldsby: That’s a tough question. Ultimately, there needs to be the recognition that shipping is not free. The ordinary consumer probably doesn’t have that appreciation. However, there’s going to be a stratification of the market, with those who are and are not willing to pay for the customization of products delivered at specific times and places. There’s going to have to be some training of the consumer. If they want that a certain level of precision and service, there will be a price to pay, and for others those accepting lower levels of service, lower price levels.

SCB: I guess time will tell.

Goldsby: We’ll have to see how consumers are willing to behave transaction by transaction. We’ve got years of research ahead of us, but a great opportunity to illuminate the future, and how companies can make money with outstanding service. We’ll also become more concerned about environmental impacts. What’s the carbon footprint of a drone? We don’t fully understand that just yet.