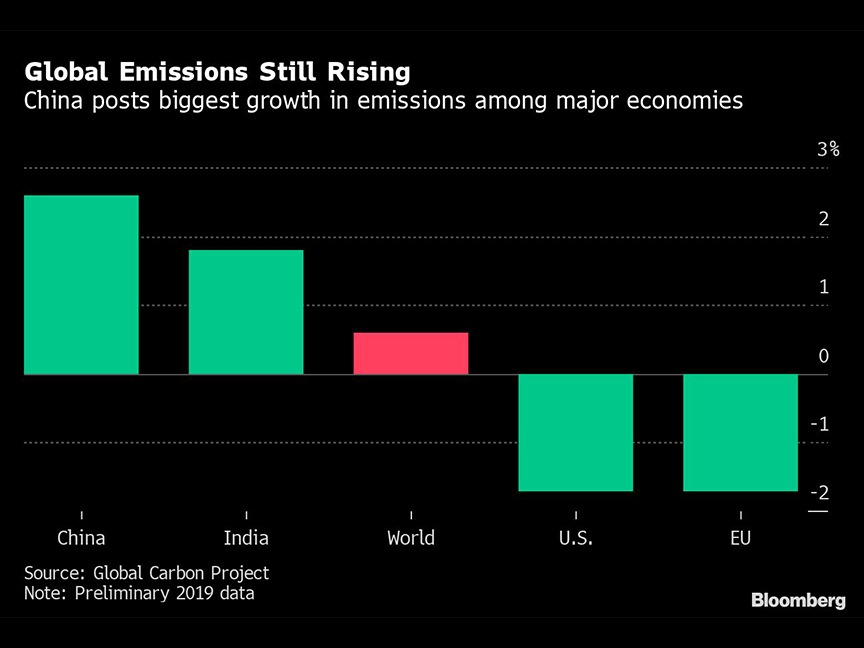 The European Commission wants to create a fund that will help mobilize 100 billion euros ($111 billion) in investment to help finance the world’s most ambitious shift to a green economy.

The new chief of the EU’s executive arm, Ursula von der Leyen, said the commission will be working with the European Investment Bank to ready the funds during the period between 2021 and 2027. The tool will aid regions most affected by the bloc’s planned target of net-zero emissions by 2050, a cornerstone of the Green Deal that will put Europe ahead of other major emitters in the fight against climate change.

“Europe can and must be front-runner in this topic,” von der Leyen told reporters in Brussels on Wednesday. “But obviously there are also concerns how we’re going to finance that. And it’s true that we do not all start from the same point and that’s why we put forward the Just Transition Fund.”

The new fund will aim to appease a small group of eastern nations led by coal-reliant Poland, which in June blocked progress on the climate neutrality plan at a meeting of EU heads of state. Unanimous endorsement of the 2050 goal by the leaders at their next gathering on Dec. 12 would pave the way for the commission to start work on measures to enact the green transition.

Poland estimates the cost of reaching climate neutrality for its entire economy to be 505 billion euros between now and 2050. The government will carefully analyze the details of the commission’s proposal once it’s been unveiled on Dec. 11, according to deputy climate minister Adam Guibourge-Czetwertynski.

“I hope it will be helpful and conducive to a decision by the EU leaders,” he told a conference in Brussels on Wednesday.

The Green Deal would ensure that Europe is in sync with the landmark 2015 Paris agreement to fight global warming, after the U.S. turned its back on the accord. Other major emitters, including China, India and Japan, haven’t so far translated their voluntary Paris pledges into equally ambitious binding national measures.

The target of net-zero emissions by the middle of the century would mean a transformation of the EU economy affecting everything from transportation and agriculture to energy production and the design of cities. Its costs are dizzying, with the commission estimating it would require as much as an extra 290 billion euros a year in investment for energy systems and infrastructure from 2030.

“We’re working towards an aspirational target of mobilizing under the just transition mechanism, together with the EIB group, 100 billion euros of investment,” von der Leyen said. “In order to reach that target we’re building a mechanism that draws on sources of funding from the EU budget, from the European Union but also co-funded by the member states, as well as the EIB group to leverage the necessary public and private means.”

“The European Green Deal fighting climate change is not only necessary but it’s a huge opportunity for the European Union,” von der Leyen said. “If we invest in research and innovation in green technologies, sustainable solutions and new businesses, we’ll be able to demonstrate, as a trend-setter, that this can be for the European Union a new growth strategy.”