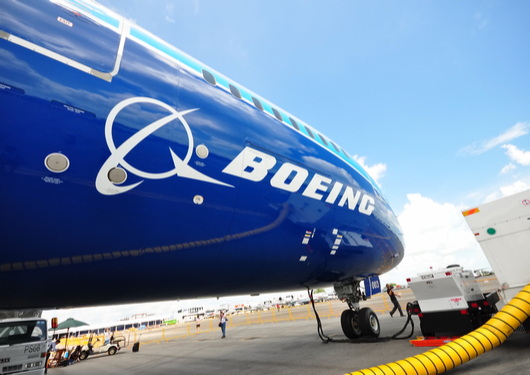 The Federal Aviation Administration, which approved the design of the jet in 2017, dropped the ball on many fronts, the Joint Authorities Technical Review found. A 69-page summary of the findings also said the panel found evidence that Boeing exerted “undue pressures” on some of its own employees who had FAA authority to approve design changes.

The JATR conclusions released Friday are the most sweeping to date to examine how the best-selling Boeing jet that has been grounded for almost seven months received approval for what is now seen as a flawed design. The U.S. National Transportation Safety Board last month issued recommendations calling for better flight testing for such systems.

There were “an inadequate number of FAA specialists” assigned to the 737 Max’s new design and they “had inadequate awareness” of the system implicated in the two crashes, the report said. Some regulations and policies “were not applied” by the agency as it oversaw design changes on the plane “in a way that failed to achieve the full safety benefit,” it said.

Boeing spokesman Chaz Bickers said safety was “a core value for everyone at Boeing,” and that the company was “committed to working with the FAA in reviewing the recommendations and helping to continuously improve the process and approach used to validate and certify airplanes going forward.”

The JATR was established within weeks of the March 10 crash of an Ethiopian Airlines 737 Max near Addis Ababa that killed all 157 aboard and prompted the worldwide grounding of the jet days later. A Lion Air 737 Max went down off the coast of Indonesia on Oct. 29 under similar circumstances, killing all 189 aboard.

As the feature known as Maneuvering Characteristics Augmentation System on the plane was given more authority during the design of the plane, “the design assumptions were not adequately reviewed, updated, or validated; possible flight deck effects were not evaluated” and safety assessments didn’t keep pace, the JATR said.

FAA Administrator Steven Dickson said in a statement he will review the recommendations and “take appropriate action.”

“Today’s unprecedented U.S. safety record was built on the willingness of aviation professionals to embrace hard lessons and to seek continuous improvement,” Dickson said in the statement. “We welcome this scrutiny and are confident that our openness to these efforts will further bolster aviation safety worldwide. The accidents in Indonesia and Ethiopia are a somber reminder that the FAA and our international regulatory partners must strive to constantly strengthen aviation safety.”

Before the report’s release, both FAA and Boeing had already begun taking steps that were similar to the recommendations. For example, FAA has insisted that the plane be tested by panels of airline pilots instead of relying only on test pilots.

The JATR’s findings paint a picture of an agency that was overwhelmed by the complexity of the new jet’s design, lacking in resources and unaware of the broader safety implications of changes.

However, the panel’s findings were limited to observations and recommendations and didn’t detail the decision making to approve the plane. Because it did not require consensus of all its members, it’s impossible to know if some of the conclusions were by a minority of participants.

The JATR panel was made up of experts from FAA, NASA and nine other regulatory agencies around the world. Participants include the European Aviation Safety Agency as well as representatives from Australia, Brazil, Canada, China, Japan, Indonesia, Singapore and the United Arab Emirates. Its chairman is Christopher Hart, the former chairman of the NTSB.

It was chartered to review how the flight-control feature on the 737 Max linked to the two fatal crashes, MCAS, was approved. It didn’t examine Boeing’s ongoing work with the FAA to redesign the grounded plane and return it to service.

MCAS was added to the Max family of planes to ensure that they met FAA rules for safe handling as the aircraft approached aerodynamic stalls. If the plane was pointed too high, it was programmed to automatically lower the nose. In the crashes, malfunctions caused it to activate and repeatedly try to dive. The failure also led to chaotic cockpit alarms and both sets of pilots failed to follow Boeing’s procedure to recover and eventually lost control.

In a series of recommendations, the JATR urged the FAA to update its regulations, enhance its engineering expertise and to conduct more sweeping safety assessments that examine unintended consequences of high-technology designs.

Like the NTSB’s recommendations last month, it focused on how designs affect the humans — in this case, pilots. The complex emergencies in the two accidents and the high pilot work loads “may not have been anticipated in the certification process,” it said. It called on the FAA to better integrate how the agency’s test pilots assess new designs.

It also addressed a concern several pilots unions have raised since the crashes: the lack of reference to MCAS in the 737’s flight manuals.

Boeing’s Aircraft Flight Manual didn’t include some “non-normal” and emergency procedures “as required by regulations,” the JATR said.

Also, the way in which Boeing withheld information from some of its manuals meant an FAA panel of pilot experts “was not fully aware of the MCAS function and was not in a position to adequately assess training needs,” it said.

Much of the Max’s design was approved by Boeing engineers who were effectively deputized to act on behalf of the FAA. Congress has ordered the agency to expand such programs in recent years and other regulators around the world use similar processes, in part because aircraft manufacturers have broader expertise.

The JATR recommended that FAA review its staffing levels to ensure it can adequately oversee the so-called designees. The Boeing organization that conducts such work has about 1,500 people, while the FAA team overseeing their work has 45. Of that FAA group, only 24 are engineers.

“There are signs of undue pressure” on Boeing employees doing this work, the JATR said, “which may be attributed to conflicting priorities and an environment that does not support FAA requirements.”

The JATR report didn’t provide details on what those pressures were or whether they specifically had an impact on the MCAS design.