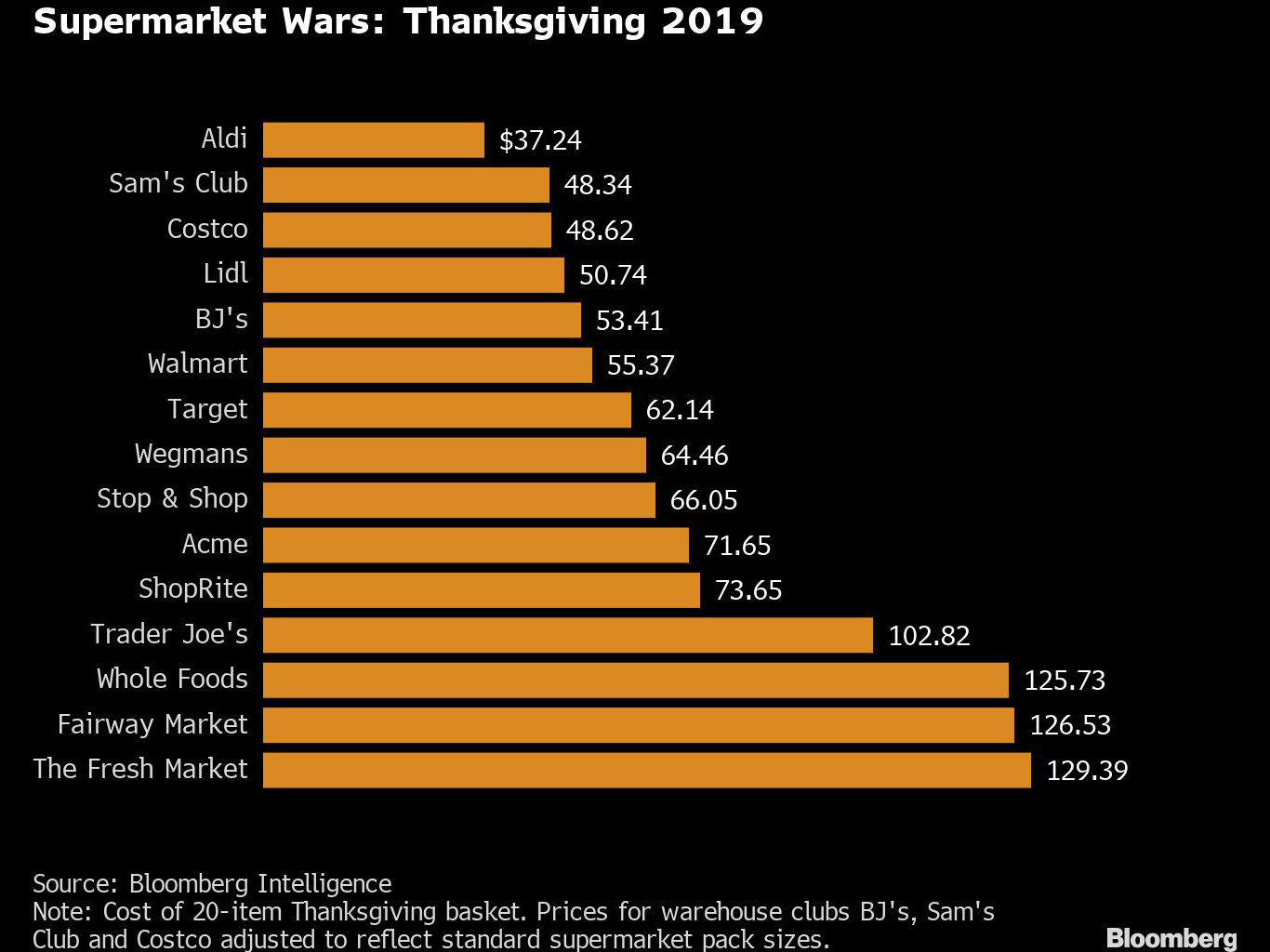 That’s the conclusion of a report that measures the price tag on a basket of 20 common Thanksgiving items, including a 12-pound turkey, potatoes, green beans and corn, at 15 retailers in New Jersey. The average cost for a Thanksgiving dinner has dropped about 2.3% from last year, according to the Bloomberg Intelligence report, largely because of lower turkey prices.

While Aldi had the lowest price tag, it was still 3.9% higher than its basket last year. Rival discounter Lidl also came in low, at $50.74, but that represents a 17% price increase from 2018. Both stores offer mostly private-label items, which are usually lower-priced than their branded counterparts sold at other stores. The price of a basket at Walmart, Target, ShopRite, Stop & Shop and Albertson’s Acme chain all dropped. At Acme, the cost is down 20% as the company tries to lure shoppers into stores.

For consumers looking at mostly organic meals, the basket price has gone up about 5% on average from last year. At Fairway Market, the increase is 15%, while it’s up 8.5% at Amazon.com Inc.’s Whole Foods Market. (Amazon Prime members, however, will only see about a 5% increase.) Trader Joe’s, which has been opening new stores, brought prices down 3%.

For those planning on cooking for a large group, a trip to the warehouse store is well worth it. When converted to standardized supermarket pack sizes, Costco, Sam’s Club and BJ’s all beat Walmart and Target.