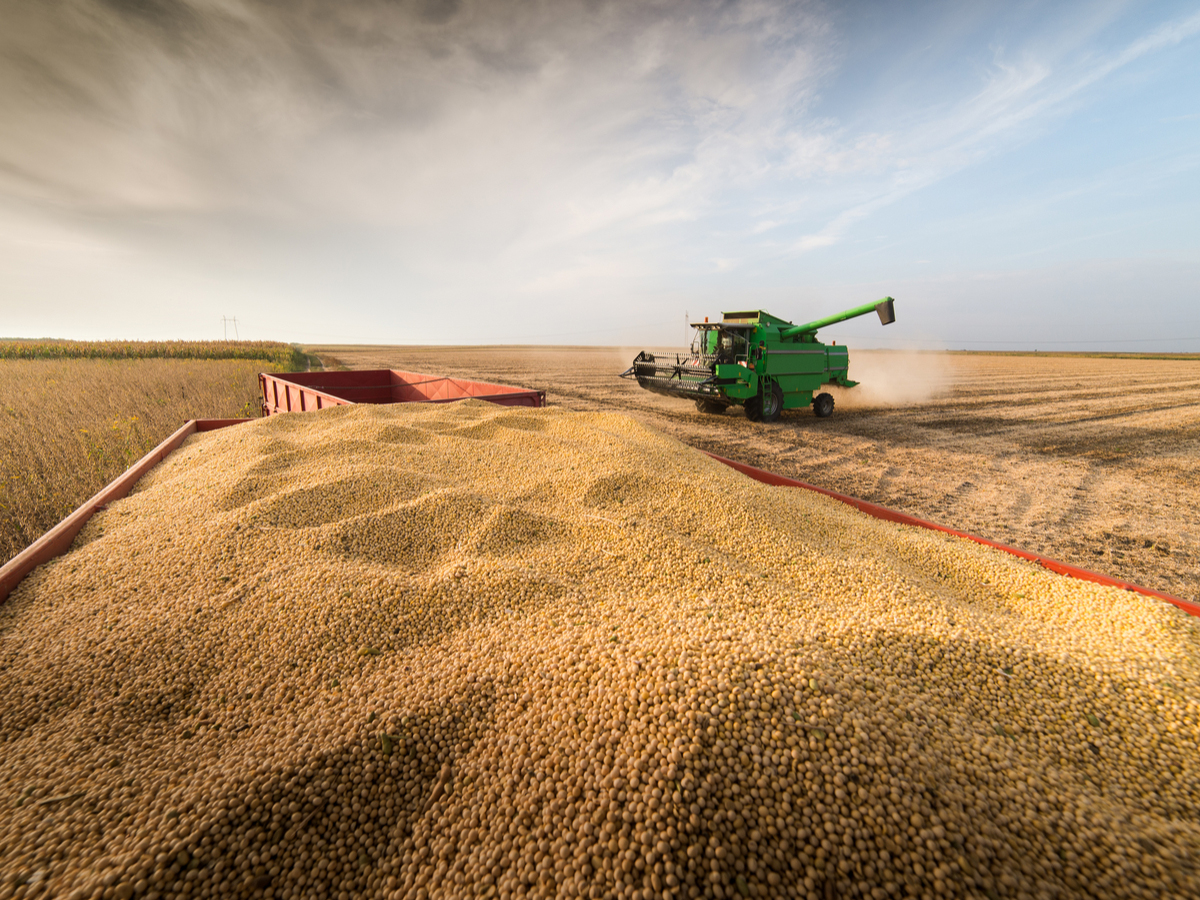 China has pledged to buy almost $95 billion worth of additional U.S. commodities as part of a phase one trade deal. The market is not so sure.

Prices fell for most raw materials that are part of the agreement. The Bloomberg Commodity Index added 0.1% after dropping 0.4% on Wednesday as the agreement was announced. Oil and gas rallied Thursday, but soybeans, cotton and corn kept falling.

Traders said evidence of increases in shipments is needed for market gains. The pessimism was in contrast to comments at the White House by President Donald Trump, who said U.S. energy producers and farmers would benefit.

As Trump faces re-election later this year, he’s under pressure to appeal to voters in the American farm belt, where the economy has been roiled by the long-running trade war. But while China promised to buy everything from oilseeds to cereal to crude and liquefied natural gas, it didn’t specify how much it would import of each product.

“Signing the deal is the easy part,” said Ken Morrison, a St. Louis-based independent commodity trader. “I have yet to hear a sound argument on how China will execute this deal.”

China pledged to buy a total of $32 billion in additional agricultural products over the next two years, while it said it will also “strive” for another $10 billion of purchases. That includes oilseeds, meat, cereals, ethanol and cotton. It also promised $52.4 billion in further purchases of American energy such as LNG, crude oil and coal over 2020 and 2021.

However, the so-called phase-one deal that was signed in Washington Wednesday didn’t specify whether the Asian nation will lift retaliatory duties it imposed on American goods such as oil, soybeans and LNG.

“”Let’s be clear: $52.4 billion over two years is a lot of energy,” said Gavin Thompson, head of Asia Pacific energy analysis at Wood Mackenzie Ltd. “For China to massively increase imports of oil and LNG from the U.S. while tariffs remain in place is going to be challenging.”

If China does increase purchases, that would give a boost to the U.S. LNG industry, which is facing a global market awash with excess supply. The Asian nation, the world’s fastest-growing buyer of the heating and power-plant fuel, hasn’t imported any American cargoes for months.

U.S. oil exports to China have also slumped because of the trade war. The world’s biggest crude buyer skipped American purchases for six months through November, according to data from the U.S. Census Bureau. Coal will likely be a small component of the accord.

West Texas Intermediate crude rose 0.4% as of 8:18 a.m. in London on Thursday after falling 0.7% the day before as American petroleum inventories swelled. U.S. natural gas was up 0.5% after slumping 3.1% on Wednesday.

The potential additional agricultural purchases of more than $40 billion over 2020-2021 compares with $24 billion in agricultural and related products that China imported from the U.S. in 2017, before the trade war began.

But the outlook for farm trade is uncertain, given some tariffs are still in place. Soybeans futures in Chicago fell 0.3% Thursday after closing down 1.4% in the previous session, while corn lost 0.5% after an 0.4% drop. Cotton was down 0.1% after a 1.5% decline and hog futures – which aren’t trading yet — finished little changed on Wednesday.

“Without more concrete details, we are deeply concerned that all of this pain may not have been worth it,” the National Farmers Union, which represents almost 200,000 American farmers, said in a statement. “Given the numerous deals that have been reached and then breached in the past two years, we are also skeptical.”