The Fabric of Industrial Change: Held Together by a Digital Thread 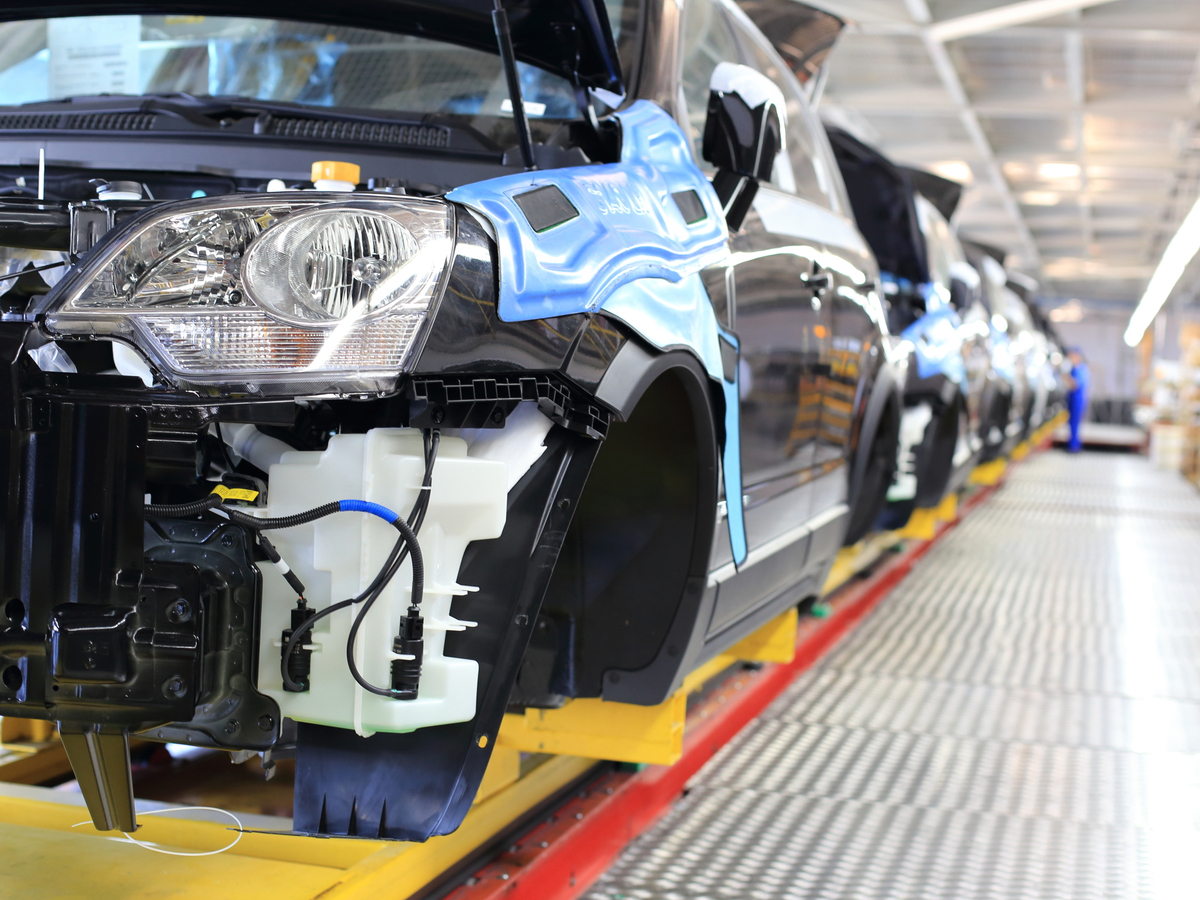 On February 4, Hyundai, one of the world’s largest automakers, announced it was suspending production at seven of its Korean plants. A major disruption in its supply of Chinese-made parts, resulting from the coronavirus outbreak that began in Wuhan several weeks earlier, had made continued production there untenable. And a worker at the Chinese factory of one of Hyundai’s parts suppliers had already come down with the virus, according to the company’s labor union.

Hyundai wasn’t the only automaker affected. Kia Motors, a Hyundai subsidiary, also started scaling back production at two Korean plants. Within mainland China, various other foreign automakers, including Tesla, Ford, Nissan, Peugeot Citroen, Toyota, General Motors, and Honda also shut down some of their own plants to comply with Chinese government guidelines. And the impact of the export shutdowns seemed almost certain to spread to other countries and into different industries as well.

At the point the company announced it was suspending production, no one understood how far the epidemic would spread, when it would recede, or when the normal delivery of parts would resume. But even though Hyundai had made significant investments in China over a period of several decades, and depended heavily on parts imported from there, it wasn’t caught flat-footed. “The company is reviewing various measures to minimize the disruption of its operations, including seeking alternative suppliers in other regions,” it said in a statement. “Hyundai Motor will closely monitor developments in China and take all necessary measures to ensure the prompt normalization of its operations.”

In Hyundai’s case, production was particularly hampered by a lack of wiring harnesses, components which the company imported mainly from China. It pointed out that handmade wiring harnesses need to be laid on the floor of vehicles during their initial assembly. But because every car model uses a different wiring harness, the manufacturer doesn’t normally accumulate an inventory of them. It added that two South Korean harness suppliers said they were seeking to increase production at their factories in South Korea and elsewhere in Asia, in order to make up for the disruptions in supply from China.

Navigating fractured supply chains presents a huge challenge for any corporation. But it’s  made a bit more manageable in what are sometimes referred to as Fourth Industrial Revolution companies — product makers that have digitized how their manufacturing is managed, how it’s executed, and how its quality is improved, as well as other aspects of business operations.

Organizations that have transformed into digital enterprises wield an important competitive advantage: the ability to maintain a digital thread connecting disparate operations into a seamless set of workflow elements. Intelligence can be instantly shared across operations so that challenges can be addressed as a single, integrated enterprise.

But there’s even more to the value of digitization. Take, for example, product lifecycle management.

Everything has a lifecycle, as business scaling expert Lex Sisney points out. And when it comes to business strategy, there are actually three lifecycles to manage: the product itself, the customer market, and the company’s ability to execute on its strategy while measuring its progress. Unless all three lifecycle stages are in alignment, the company’s strategy is in danger of collapse.  In the case of the product, even if it enjoys broad acceptance and generates significant revenue over an extended period, nothing lives forever. Once the product is no longer viable in the marketplace, or generating a positive ROI, or without a prospective acquirer, it needs to be retired.

Refinements, updates, and design changes intended to extend the commercial life of a product are characteristic of practically all manufactured goods. Sometimes they’re merely cosmetic changes. More often, they reflect new capabilities, materials, applications, distribution methods, and interfaces with other products, or other substantive improvements.

A New Era of Product Complexity

Think of a company building fighter aircraft. It starts with a single design, then halfway through the build process a component is improved — for example, a composite bracket replaces a metal one. Problem is that the company has already bought a lot of the metal ones from an outside supplier, and can’t just take them back for credit as though they had come from Costco. So the company now has two versions of the aircraft with different installation instructions, different sets of documentation, and potentially different buyers.  Multiply that by the hundreds of seemingly minor changes that take place over an aircraft’s lifecycle, and the possibilities become overwhelming.

This is especially characteristic of highly engineered products manufactured in the aircraft and defense industry. Boeing, for instance, with operations in all 50 states and 140 countries, acquired more than a billion parts in 2017, spending $43 billion with nearly 5,400 suppliers, each of which involved information essential to Boeing’ management. As a result, the ability to track all the parts in a supply chain, actions on the shop floor, and customers’ associated service needs is a monumental task. But it’s also necessary to ensure productivity, quality and compliance.

Historically, the job of tracking the assortment of tasks and those responsible for completing them has fallen to a manufacturing engineer or designated change coordinator. Most of the time, however, it’s been impossible for that individual to confirm that everything needed from a product or process change has actually taken place. There’s just too much going on. And if you overlay on that the dynamics of a changing market and the company’s own evolving execution capabilities, it becomes exponentially more complicated.

An Agent of Simplification

It’s fair to say that most of what takes place in manufacturing today would have been impossible without at least some digital tools. After all, computers have been used in a variety of business tasks for several generations now, making their organizations far more efficient, accurate, faster, and economical than they ever could have been using traditional manual methods. But current digital technology goes beyond the spreadsheets and databases that marked the first wave of business computers.

Digital data has become the new manufacturing “glue.” It aggregates production activities to operate with greater intelligence, higher quality, and quicker response to change. If every production process is documented with genealogy tracing it to each supplier’s components, a significant amount of complexity can be removed from the production process.

The intelligence captured in a digital thread can identify changes needed to manage engineering in a complex business environment. It can provide alerts when production should be put on hold, track the various steps to completion, combine them as needed, and manage their configuration.

But for all the impressive capabilities of smart manufacturing, artificial intelligence, and digital threads, technology is best used to execute tasks, not manage entire jobs. Advanced systems don’t replace human beings and never should. Instead, technology can make people smarter, allowing them to focus on the more nuanced social, ethical, and strategic judgments that literal-minded machinery is simply incapable of doing.

John Fishell is vice president of product management at iBASEt.