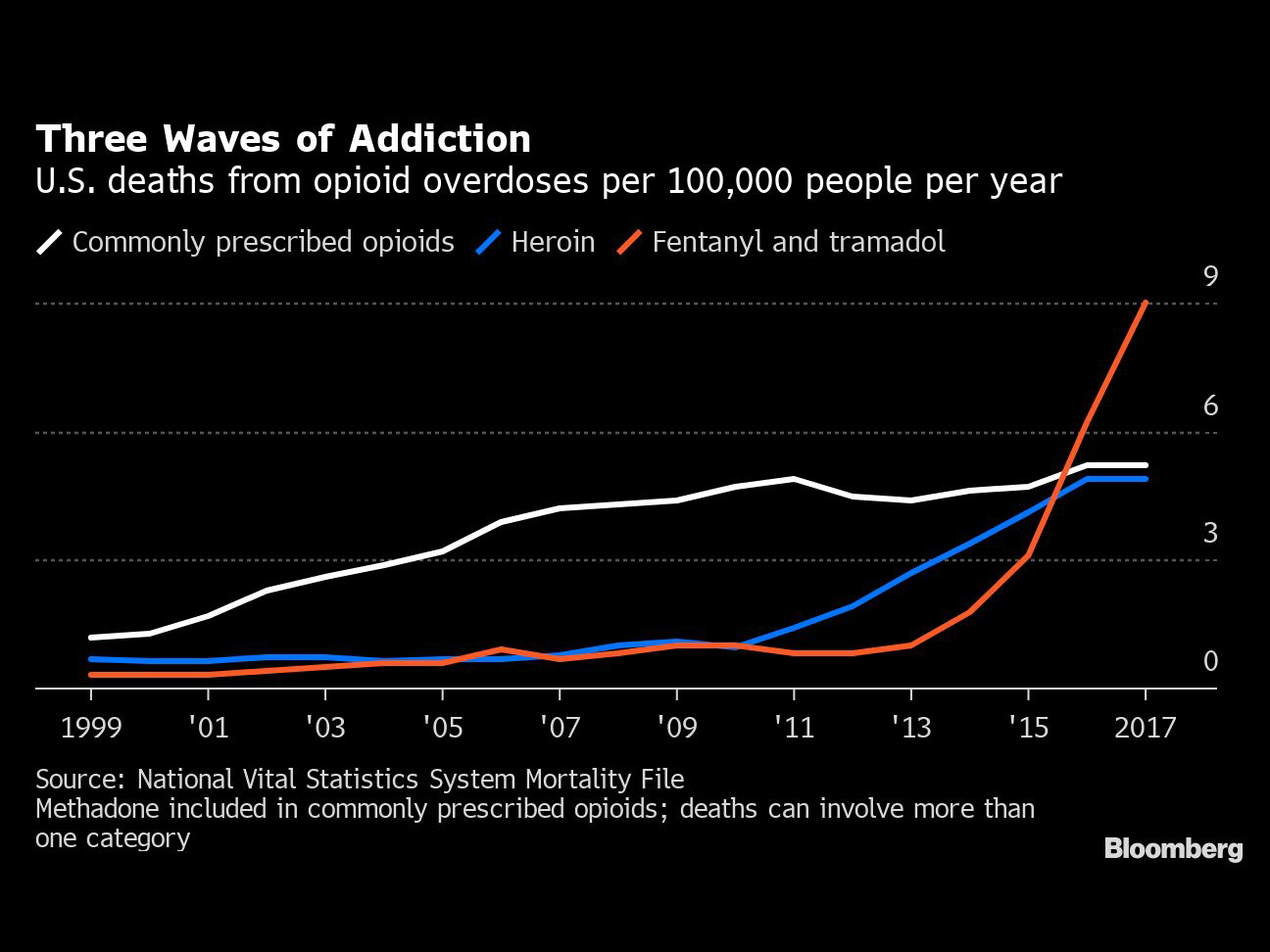 China and the U.S. plan to highlight joint efforts to crack down on fentanyl smuggling, addressing an opioid epidemic that President Donald Trump has asked his counterpart Xi Jinping to help alleviate as part of the broader trade talks between Beijing and Washington.

China’s National Narcotics Control Commission will hold a press conference Thursday about a fentanyl smuggling case that was jointly investigated with U.S. law enforcement after a live broadcast of the trial, according to a notice from the State Council Information Office. Officers from China and the U.S. will give a briefing on the case and their cooperation on fighting crimes related to the highly addictive painkiller.

A concession on fentanyl — especially a widely publicized event — will help Trump sell his deal at home where he’s facing a skeptical business community and farmers hurt by his tariffs. The event may also boost Trump’s effort to make the deal palatable to hardliners inside his administration who are pushing for structural concessions by Beijing.

Washington has criticized Beijing for not doing enough to curb the flow of the drug behind a scourge blamed for thousands of deaths in the U.S., with a concentration of victims in rural areas where Trump has broad support.

White House trade adviser Peter Navarro considers fentanyl shipments as one of China’s “seven deadly sins” that the country must address in any trade deal. He has also spearheaded work on an executive order to ban Chinese shipments of fentanyl that is still undergoing inter-agency review.

Almost a year ago, Xi promised in Buenos Aires to get tougher on fentanyl, a move that helped secure a 90-day truce in the trade war between the world’s two largest economies. Trump has since linked the issue with the trade talks, and when negotiations broke down over the summer, he tweeted that Xi said shipments of the drug to the U.S. “would stop — it didn’t,” before imposing more tariffs.

Liu Yuejin, China’s vice commissioner of the narcotics commission, said at a briefing last month that any claims that fentanyl illegally manufactured in China is entering the U.S. through Mexico are the fantasies of some U.S. politicians.

Fentanyl and other synthetic opioids now rank as the deadliest abused drug in the U.S., accounting for almost half of the more than 70,000 overdose deaths in 2017, according to the Centers for Disease Control and Prevention.

Fentanyl exporters have skirted Chinese laws by shifting to analogs, or molecules that have similar effects on the body, but don’t fall under bans the country has imposed on fentanyl itself, according to a report released last year by a U.S. commission established by Congress. China has been slow to add new categories to the list of prohibited substances, the report said.