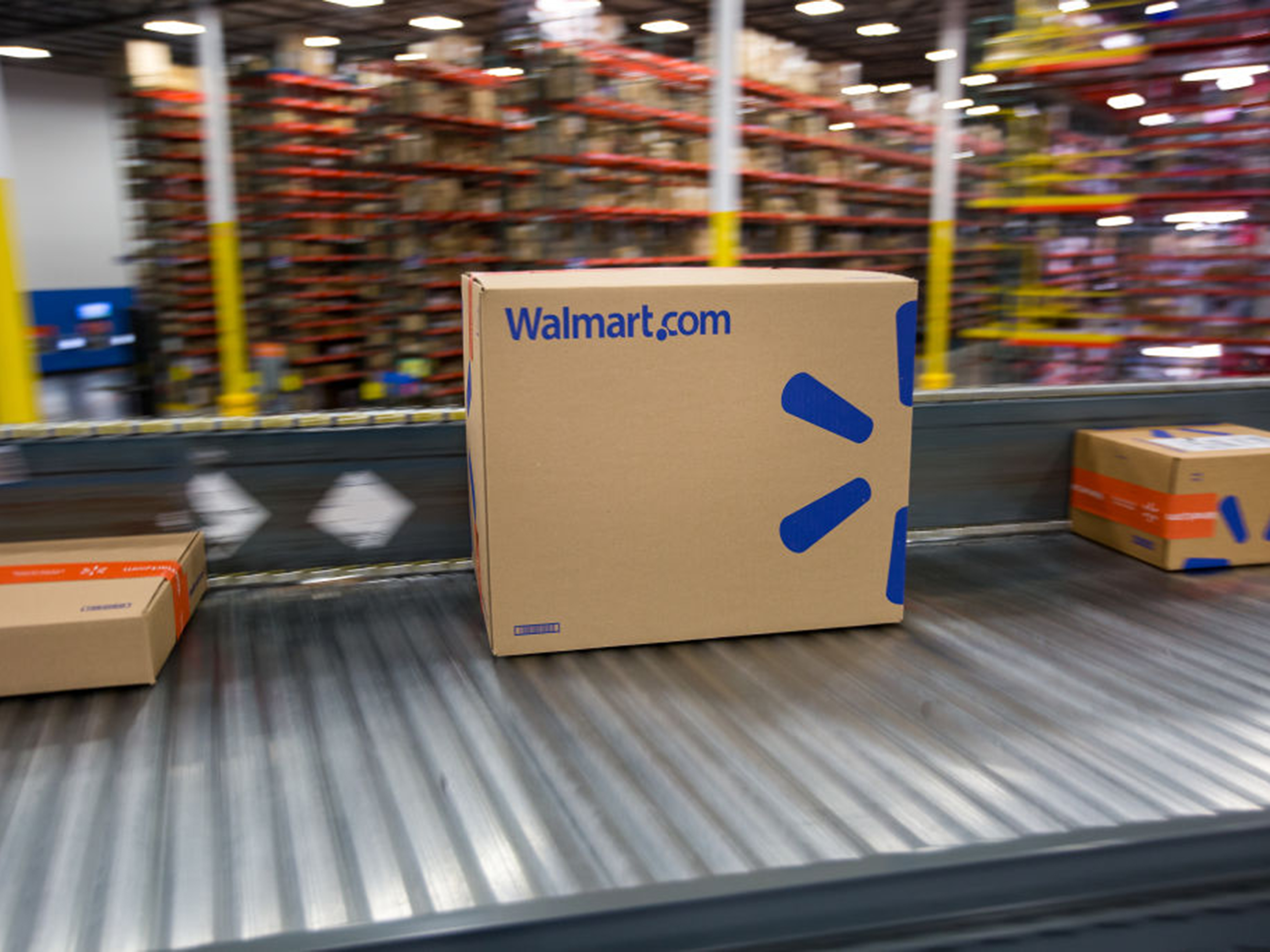 Hidden behind a store in southern New Hampshire, Walmart Inc.’s latest weapon in its food fight against Amazon.com Inc. is now fully operational.

The nation’s biggest grocer this week unveiled the Alphabot, an automated, 20,000-square-foot warehouse that could make its grocery pickup service faster and more efficient. Alphabot’s robotic carts quickly retrieve items and deliver them to employees at a picking station, who then pack and deliver the order to customers’ cars in the parking lot. Retailers call the process micro-fulfillment, and some analysts say it’s the most promising technology to hit food retail in years.

“This is going to be a transformative impact to Walmart’s supply chain,” said Brian Roth, Walmart’s senior manager of pickup automation and digital operations. “Alphabot is streamlining the order process, allowing associates to do their jobs with greater speed and efficiency.”

Speed and efficiency have not been hallmarks of online grocery shopping, dating back to the early 2000s when dot-com poster child Webvan expanded too fast, underestimated demand and suffered operational snafus before cratering. Since then, online grocery options have grown slowly, as many customers still prefer to pick out their avocados and steaks in the store. But food is a sluggish, low-margin sector, and even once-hot categories like organics have slowed. So retailers in this $800 billion space, desperate for growth, are looking online.

While Walmart’s overall e-commerce division has had its ups and downs, its online grocery business has been a star, boosting a category that contributes more than half of its U.S. revenue. Today, customers can pick up their orders curbside for free at more than 3,000 stores, up from about 400 in 2016. The company also offers home delivery for a fee, and is testing deliveries that go right into customers’ fridges when they’re not home.

The moves have helped Walmart stay ahead of Amazon, and its Whole Foods chain, as the internet giant tries to grab more of Americans’ food spending. A recent survey from The Retail Feedback Group found that 37% of shoppers chose Walmart for their most recent online grocery order, besting Amazon (29%) and also traditional supermarkets, many of whom employ Instacart Inc. to handle fulfillment.

The Alphabot, designed by a Massachusetts startup called Alert Innovation, could help Walmart build on that lead. Walmart began working with Alert in 2016, as part of a broader corporate initiative dubbed “Alpha” that sought to improve the profitability of online grocery. The first Alphabot system came online last March.

The current online-grocery model often requires dozens of employees to rush around the store picking goods, while others collect and take them to customers’ vehicles. The process is very labor-intensive, and leads to order mix-ups and more congestion for regular shoppers, who have to dodge the online pickers as they weave in and out of aisles with their eyes glued to handheld devices that spit out the next item to grab.

Alphabot helps bring order to the process. The thirty bots in the Salem warehouse, each about two feet wide, quietly whiz product-filled totes around vertically and horizontally without the need for lifts or conveyors, picking items ten times faster than a human shopper could. Still, the bots can’t pick fresh produce and other perishable items yet, so that’s handled by employees in the store. And the Salem Alphabot is only working at 20% capacity right now, handling about 170 orders a day.

Walmart’s not alone among big retailers in developing micro-fulfillment, but Jefferies analyst Christopher Mandeville says Alphabot leads the pack as it’s “the most diverse and comprehensive” offering. Walmart has a scaled-down version in a supercenter near its headquarters in Arkansas, and plans to start construction of two more Alphabot systems this year next to stores in Mustang, Oklahoma and Burbank, California.

“We will continue to grow this aggressively,” Tom Ward, Walmart’s senior vice president of digital operations, said. “You cannot grow by picking one order in one shopping cart at a time.”