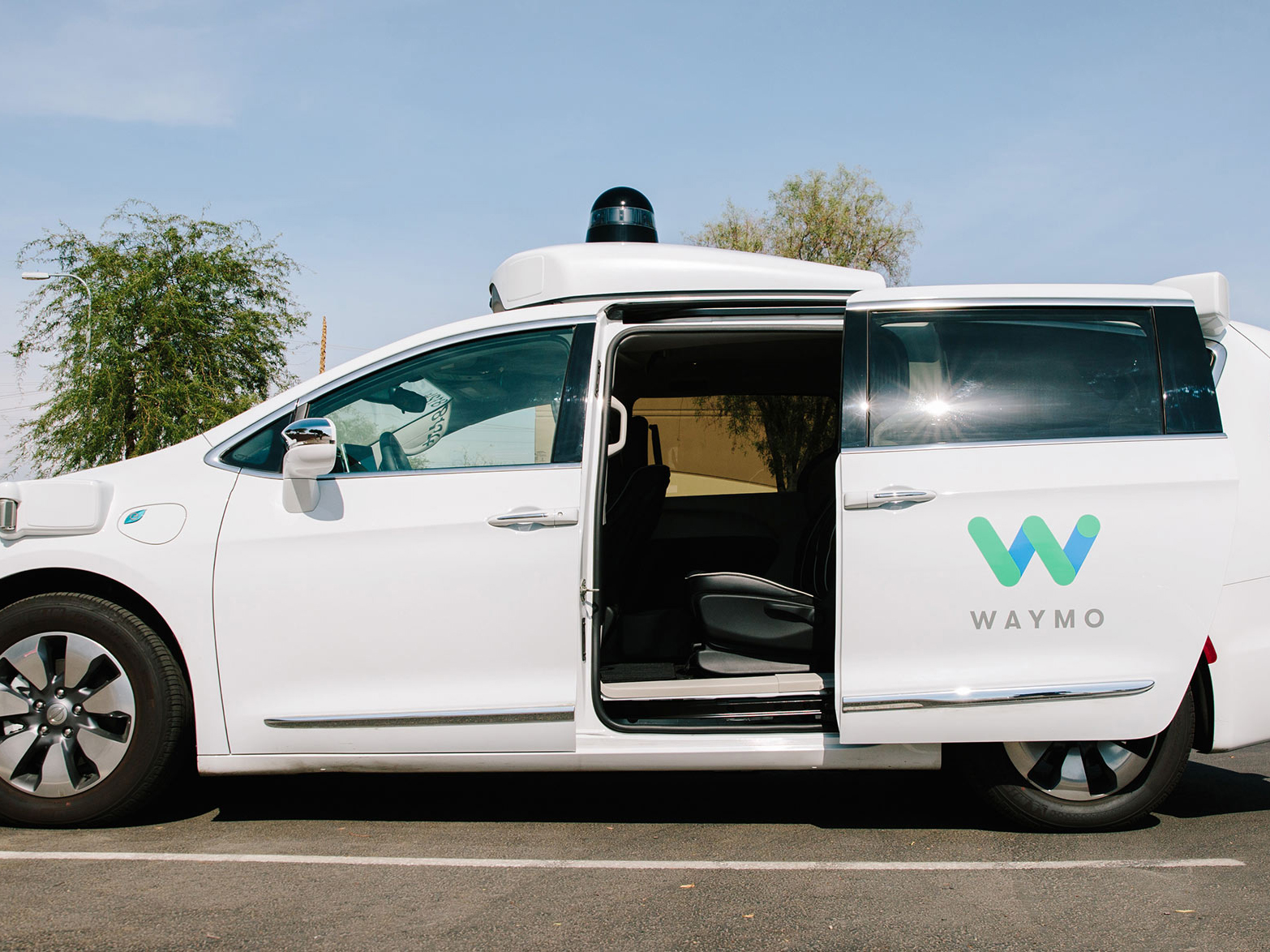 True driverless cars have arrived from Waymo, the self-driving unit of Alphabet Inc., but the company’s chief executive officer says robot ride hailing may not be the first form of automotive autonomy to take off commercially.

Waymo has begun running what it calls “rider only” robotaxi rides in the Phoenix, Arizona suburb of Chandler, CEO John Krafcik, said at a recent dinner with reporters in Detroit. Yet autonomous vehicles may take hold first in more mundane driverless delivery trucks that travel easily repeatable routes, he said.

“Where uses are strictly commercial and where we have very high confidence of delivering the outcomes that our commercial business partners would desire, we could have a much quicker ramp,“ Krafcik said. “So it could be that although we’re starting with” robotaxis “that a truck product could catch on faster.”

Waymo has been developing a self-driving system for big rigs, but its robotaxi service has received more attention after a decade of research by the former Google self-driving project. The automated ride-hailing service it began in late 2018 included human “safety drivers” at the wheel to take over in the event of an emergency. But in August, Waymo started offering rides with no human driver to a few hundred commuters who are part of a test group in Chandler.

“We have started to ramp up truly rider only operations for the members of our program called the early rider program,” said Krafcik, noting those people don’t always have to pay for their robotaxi rides. “We would, of course, seek to grow scale” to include more paying riders over time.

Waymo received some criticism for not offering truly driverless cars when it launched its limited service. The move was seen as part of an effort to tap the brakes on the hype surrounding autonomy. General Motors Co. also delayed the roll out of its robotaxi service, while Ford Motor Co.’s CEO said earlier this year that the industry overestimated the arrival of self-driving cars.

Krafcik’s suggestion that driverless trucks may arrive faster than robot ride-hailing is another example of the technology taking longer than once thought.

“It is an extremely challenging thing to do, there’s no doubt,” said Krafcik, who declined to say when Waymo’s robotaxis will be ready for the mass market. “I do share your sense of uncertainty, even in my role. I don’t know precisely when everything is going to be ready, but I know I am supremely confident that it will be.”

The CEO said Waymo is “fleshing out” the trucking side of its business, including testing commercial applications in Atlanta of Paccar Inc. unit Peterbilt 18-wheelers outfitted with its self-driving technology. Waymo’s trucks also have been tested on public roads in California and in the Southwest, as well as on closed courses in Michigan, he said.

“There is a strictly rational business application” for self-driving trucks, Krafcik said. “Trucking is a really interesting application of the Waymo driver and we want to bring that to market as quickly as possible.”